Disappointing start to PBD in Sydney 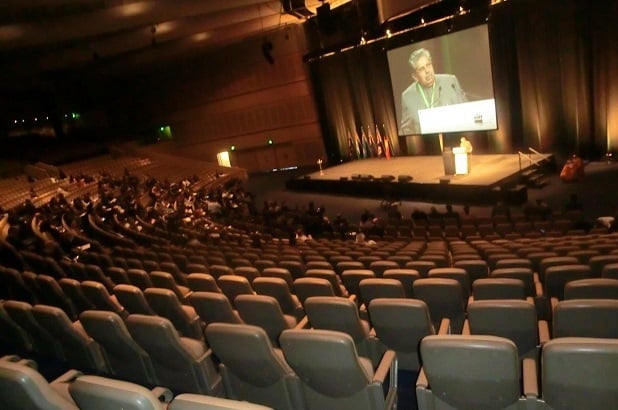 With more than 800,000 Indian diaspora in Australia, New Zealand and the Pacific Island nations, the Indian government’s regional Pravasi Bharatiya Diwas (PBD) has been able to attract no more than a mere 350 delegates. The event was inaugurated on Nov 11 at the Sydney Convention Centre.
With over 140 speakers expected to take part in various panel discussions over the three days it is being held, it was disappointing to note that the organisers could not promote the positive message of connecting the diaspora.
Attendees at the opening day of PBD Sydney were disappointed and appalled by the lack of planning and the poor attendance for this much anticipated event.
The common grievances bandied about at the event were the lack of input sought by the Indian High Commissioner in Australia from the local diaspora on issues of interest to them in their lives as pravasi bharatiyas (overseas Indians).
Instead the program seems to have been hijacked by business interests which were more focused on business issues, rather than people-to-people concerns.
“This was meant to be about the regular Indian in overseas countries, not about trade and business which seem to be the main focus of these three days”, one attendee commented.
The other point of contention was the decision to run the event on weekdays, rather than over a weekend. This meant that many could not attend due to work commitments.
Participants who had attended previous PBDs were also not impressed with the delegate admission fee of $425. This is almost double that of previous regional PBDs, Manish Gupta, Managing Editor, PIO TV, a delegate from the US noted. Break-out sessions were also poorly attended with an average of between 20-50 people in each session, almost a quarter of them being speakers.