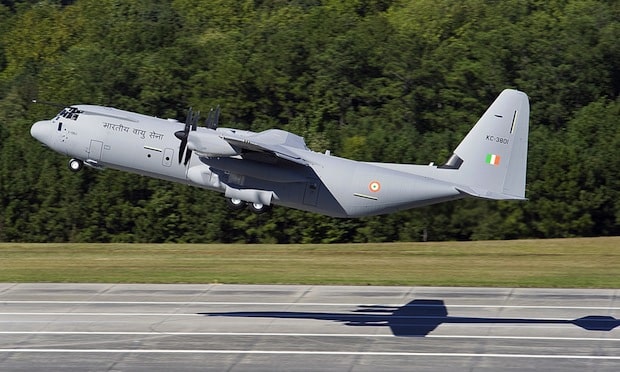 Reading Time: 4 minutesAs the Indian armed forces have been marred with mishaps lately, investigation and prevention is now key

In recent months there have been multiple fatal accidents within the Indian defence forces. Especially the Indian Navy and Air Force has been on receiving end, with several tragedies. These series of setbacks raises serious doubts and questions about procedures, training and quality of gear used by the defence forces. On record, the Navy has experienced 11 mishaps in a quick succession since August 2013. Of these, three were deadly, where precious lives of defence personnel were lost and several crore in damages.

To cite a few examples:

Incident: Blast in torpedo compartment caused submarine to sank while it was in Mumbai harbour

Incident: Fire in cables led to smoke in 3rd compartment leading to deaths by suffocation while underwater in training mission

Incident: A valve on a CO2 bottle malfunctioned during a sea trial of the vessel’s carbon dioxide fire-fighting unit at the Mazagaon dockyard

Incident: Newly acquired aircraft with best safety records crashed near Gwalior after take-off from Agra air base. Six of these aircrafts have been inducted at
of 6,000 crore Rs. from US.

It is essential to understand and realise that any arm of the defence force in the world is not completely free from accidents. Fatalities do occur occasionally even at peace time, and this happens even among the world’s biggest and most sophisticated defence forces. To put things into perspective, the US Navy experienced several incidents in FY 2013 which caused occupational injury, resulting in fatality and/or property damage worth more than US$2 million. The United States Air Force experiences multiple fatal mishaps every year involving aircrafts, helicopters, among others. In January 2014, a US Air Force helicopter crashed on the coast of England, killing four onboard. There have also been several lethal incidents where USAF F-16 fighter jets have been involved. This goes to show such accidents are part of the game and can be minimised, but not entirely evaded.

Rightly, what matters most is lessons learned from mistakes and how such accidents are best minimised. This would, first of all, involve a thorough, independent and transparent court of inquiry to get to the bottom of the reason of each incident that caused loss of life and/or significant damage. Once the root cause(s) have been established, careful corrective changes must be brought into crew training, operating procedures, policies, among others. Maintenance methods and quality of workmanship need to be closely scrutinized to keep a tab on quality. This needs lot of will and courage from the government and its respective top brass. As an example, if recent media reports are to be believed, a recently crashed C-130J possibly had fake Chinese parts. In 2011-12, a US Senate armed services committee traced these counterfeit electronic parts used in US military systems to a company in Shenzhen, China.

The unfortunate and sad situation is to then unearth whether the defence equipment was being maintained, built or purchased with compromised quality due to kickbacks or lack of quality control. Consequently, then Admiral DK Joshi resigned as Navy chief, owning moral responsibility for accidents aboard submarines. This is also a first time in the Indian Navy’s history that any Admiral has resigned before completing his tenure. While his resignation shows him as a man of highest integrity and standards as reported in the media, what needs to be seen is whether any friction and hindrance with babudom played its role too. But as it appears, current defence minister AK Antony is known for his incorrupt and simple image, and also holds an equally unblemished record since he has been in the office. While he has expressed concern for the series of mishaps, he has conveyed that the Navy itself is keen to take corrective measures by undertaking a study of each incident. Though military assets have substantially increased under Mr Antony’s leadership since 2006, such accidents must be minimised. Such tragedies not only present the armed forces in a bad light, but can also have a drastic affect on confidence levels of servicemen.

Since Admiral Joshi’s resignation, the Navy has been headless and the appointment of a new chief is likely to happen soon. Whoever takes control of one of the largest navies in the world faces a challenging task of setting things straight from beginning. The main challenge is to keep accidents to a bare minimum, while not losing the thrust for modernization and without compromising on quality. It is crucial for the defence minister and the chief of defence forces to work cohesively to raise the confidence of the general public and defence personnel in India’s preparedness to thwart any unwarranted aggression from any hostile country. Any loopholes in operating procedures, maintenance, workmanship or procurement need to be addressed with utmost priority and transparency.