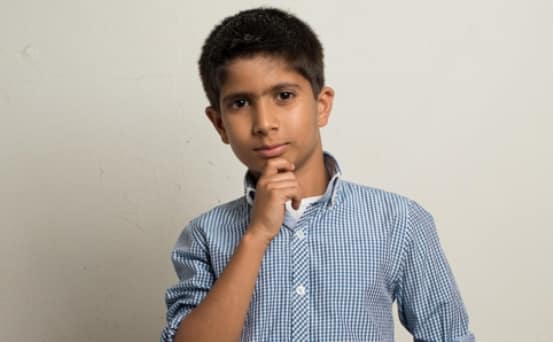 Reading Time: 4 minutesYoung Amardeep takes on the challenge as guest editor at Time Out and delivers an impressive issue

At just 9, Amardeep Gill has achieved a feat many can only dream of. He has become Australia’s youngest editor by bagging the spot of guest editor for Time Out Sydney magazine. To coincide with the July school holidays, Time Out was looking to create a kids’ edition, and ran a competition for a child guest editor.
Year 4 student Amardeep found out about the competition through his mum who heard about it on ABC radio.
He told Indian Link how he went about entering the contest.
“I completed an application form on the Time Out website. I had to tell them about myself, my favourite foods, what I liked doing in my spare time, about  my local area, and who I would like to interview most – I wrote down Anh Do. Unfortunately he is out of the country and I was unable to interview him. Once shortlisted, I had to attend an interview with Time Out editor Joel Meares and kids’ editor Emma Joyce at their office in Glebe”.
Amardeep competed against dozens of aspirants for the coveted position. Finally, out of the seven shortlisted candidates he was declared the winner, claiming the prize of a Merlin Family Annual Pass: 12 months unlimited entry to 11 top Australian and New Zealand attractions including Sea Life, Sydney Aquarium, Wild Life, Sydney Zoo, Madame Tussaud’s and Sydney Tower Eye. He also won a family pass to see the musical The Addams Family with a backstage tour and an opportunity to meet the cast. And this was in addition to the privilege of editing Time Out Sydney.
So what impressed the judges most about him?
“I think my idea of kids’ food in restaurants was original as they (the judges) hadn’t thought of that before. I had a very strong view on the kids menu, and eating out, which they liked. They were also impressed with what I was wearing (mustard slacks and checked button down shirt). They thought that Anh Do was an interesting choice for an interview. They also liked the idea that I enjoyed doing quite a few things around my local area and the city, for example, bush walking, nature trails, and visiting the Maritime Museum and Art Gallery of New South Wales. I also enjoy going to the theatre and watching live sports like soccer and cricket,” Amardeep answered articulately.
When he received the phone call informing him of his success, Amardeep could not believe his ears. “I was jumping up and down in joy. I couldn’t believe that I had been chosen for this fantastic opportunity. I had to phone dad and my grandparents immediately,” he recalled.
A couple of weeks after winning the guest editor’s position, Amardeep was invited to the Time Out office to look at the magazine, meet the staff and chair a meeting to discuss the front cover of the magazine.
“Over the next couple of weeks, Joel asked me to write my own article titled ‘Amardeep’s Top Picks’- about kids menus in a selection of different restaurants, an Editor’s letter introducing myself to go in the first page of the magazine, rank the ‘Top 13 things to do before you are 13’ list, add my own ideas and check the whole magazine before it went to print,” explained Amardeep, outlining his role as the guest editor.
His stint at Time Out Sydney started on June 4 and by June 8 he was editing emails, continuing to work tirelessly until the magazine was published. Amardeep’s time on the editing team ended on a high note with an interview on Channel 7’s morning show on June 26, to announce the publication of the special children’s issue.
Asked to sum up his experience as a guest editor of Time Out Sydney, Amardeep reflected, “I found the job to be a lot of fun, even though I had to do quite a bit of work. It was an interesting and exciting experience. The team was very welcoming, organised and friendly. They were also quite funny and when it ended I was really, really sorry to go because working with them was just so great!”
Now that the children’s issue is out, Amardeep feels it has been “a huge success”.
“Everyone wants to know what a kid has to say about Sydney; the restaurant article especially attracting a lot of interest. Everybody who has seen it is very proud. Lots of my friends and teachers have bought copies, and found it good to use during the school holidays”.
Speaking of the reaction of family and friends on his success, Amardeep said, “they were as happy as me, and were very proud of me. My teacher announced it in the school newsletter, and showed my class. My classmates watched me on TV and gave me a standing ovation when I got back”.
He enjoyed the experience so much that Amardeep wishes for a similar opportunity again. His passion for writing makes Amardeep want to consider becoming an author or a journalist when he grows up, or maybe even an editor!