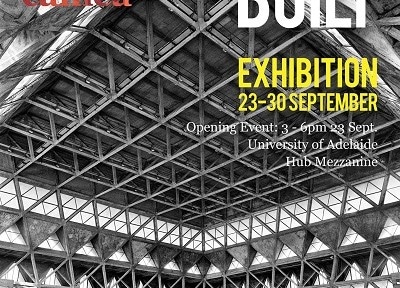 Delhi’s current population is 18 million. Fast forward to 2030, and it is expected to have a population of 30 million. To put this into perspective, Australia’s entire population in 2030 will be 29 million.
On all fronts, the challenges facing Delhi are enormous. Extrapolate where India will be 15 years from now, and the issues seem insurmountable. Solutions are many and varied. New thinking and the use of modern technology will be the driving forces in achieving success.

Researchers at the University of Adelaide are carrying out work in a variety of areas of interest in India. Partnering with Indian institutions makes for richer outcomes, grounded in the right context. It is clear that no area of interest should be considered in isolation. For example, the creation of an industrial area will have impacts on the requirements for public infrastructure such as roads and transportation, and environmental impact in terms of carbon emissions.
Academics have observed that their research efforts could be considerably strengthened if lead researchers were made aware of other projects taking place simultaneously. It is with this in mind that an exhibition and discussion event, India Built, was recently held to showcase the work being done on Indian urbanisation at the University. Various research projects are being undertaken by the Centre for Asian and Middle Eastern Architecture (CAMEA), and other colleagues and collaborators across various disciplines at the university.


Taking the lead, Dr Amit Srivastava, Director (India) CAMEA, feels that the new initiative, referred to as the India Research Collective (IRC), will “encourage greater discussion and mutual understanding”. He was part of the South Australian government delegation that visited India recently. It is his vision and desire to build researchers’ capacity to think about the Indian space, to enhance the work being done on India in Adelaide.
One of the major concerns in India is the demand for water outstripping available supply. As recently as last month violence broke out in India’s ‘Silicon City’, Bangalore, over the Supreme Court’s decision for more water to be released to Tamil Nadu from the Cauvery River. Dr Georgina Drew, an anthropologist in the Department of Anthropology and Development Studies, who will be part of the IRC, is currently looking at issues of water and waste management in India. Her research includes the management of rain water harvesting from a culturally sensitive perspective.

Examining conflicting demands and rights, and how to handle them, is extremely important in this sensitive area, which can flare up with dire consequences. As an anthropologist, Dr Drew will be able to bring the human angle to bear on what normally would be seen as major infrastructure projects.
Emeritus Professor of Politics Peter Mayer is also throwing his weight behind the India Research Collective, as is Purnendra Jain, Professor of Japanese Studies in the Department of Asian Studies. They see that the collective of researchers on India will be able to re-connect and provide a critical mass to consider issues and opportunities.
Professor Mayer has a wide interest in Indian affairs. One of his major works is on the harrowing topic of suicide in India. He observes that “the pattern of suicide in India is quite different to that observed in industrialised nations.” Professor Mayer contrasts the disparity in the media coverage that farmers’ suicides get compared to those of Indian housewives, though there are three times more suicides of housewives than of farmers.

Professor Jain’s work concentrates on India’s relations with Japan. Not only is he a fluent Japanese speaker, but he can read and write the language, and has wide and deep contacts in Japan following numerous visits. As an author of a considerable volume of work he is admirably suited to providing cohesion to the group.
Also at the gathering was Stephen Schrapel, a senior architect with Swanbury Penglase who describe themselves as ‘architects of human space’. Partnering with an Indian firm, Swanbury Penglase are interested in bringing their expertise to the education sector in India. Bearing in mind Delhi’s education budget alone stands close to US$1.7 billion, even a nano-micro drop of that would, I’m sure, be eminently satisfactory for Australia’s architectural sector.
It may be a truism, but with collaboration comes synergy. Now that the India Research Collective has been conceived only time will tell whether it proves mutually beneficial to all concerned.
- Advertisement -
Share
WhatsApp
Facebook
Twitter
Linkedin
Previous articleA Shakespearean nautanki
Next articleSarod master dazzles OzAsia