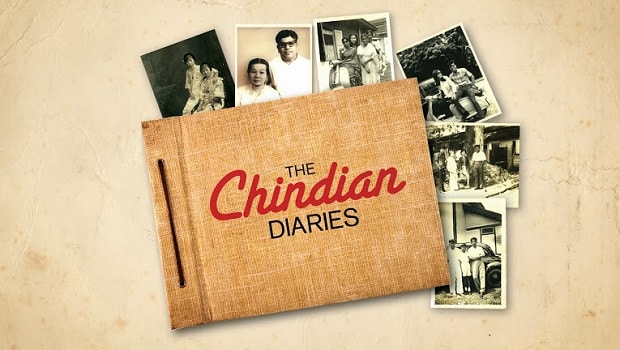 Reading Time: 5 minutesForging a new identity for the relatively unknown Chinese Indian community has been an award-winning venture

When former advertising professional turned social entrepreneur Kevin Bathman launched The Chindian Diaries, it was primarily to trace his roots and explore his true identity. Yet, today it has not only become a much-needed forum for Chindians worldwide, but also a compendium of ethnological experiences of this community.

Most of us are familiar with coinages like Indo-China, Sino-Indian and Indian-Chinese, but what is Chindian? The term is relatively new and loosely refers to families of mixed ethnicity who trace their ancestry to both China and India.

In the South East Asian melting pots of Singapore and Malaysia, the experience of growing up biracial is not uncommon, particularly in the last five decades. The experience however, has not been an easy one. Statistics tell us that up to 2% of Malaysians and Singaporeans are Chindians. However, the Chindian descendants are even to this day recognised in official records only by their paternal lineage.

Raised in Kuala Lumpur, Chindian Australian Bathman was born into one such family. Back in the mono-racial era when marrying outside the caste, let alone community, was still taboo, his paternal grandfather, an Indian-Tamil from rural Thanjavur, fell in love with and married a Chinese-Nyonya. What followed was a difficult journey of cross-cultural integration and an even more painful search for personal identity.

It is this ethnological journey that The Chindian Diaries so poignantly traces. What started out as a Facebook page, exploring the many cultural strands of Bathman’s extended family, eventually reached out to Chindians all over the world.

A ‘deeply personal side project’ as Bathman calls it, the diaries were the direct outcome of a weekend workshop with Performance 4A.

“The purpose of the workshop was to delve into our stories, and it was here that I began the journey of discovering my own ancestry”, Bathman told Indian Link. “When I was growing up, my dad often told us many stories of my grandparents’ struggles in coming together”, he explained. “My grandfather was nicknamed ‘Hak Kuai’ or ‘Black Devil’, and my grandmother was eventually disowned when they married. My Grandmother Ang embraced her husband’s culture by learning how to speak Tamil and cooking Indian cuisine. She mastered it so well that she began cooking for her Indian neighbours. She even adopted an Indian name, Jeyah Ang. My dad used to say he liked to see the puzzled look on people’s faces when they saw a Chinese woman speaking fluently in Tamil. Because of the challenges with their own union, my paternal grandparents were open-minded and liberal in raising their children”.

A very private person, sharing intimate details of his family life was not something Bathman had originally intended to do. But the photos obviously stirred deep sentiments and brought back vivid memories of an era of innocence, where simple things meant a lot.

“Reflecting on my own identity crises and cultural confusion when I was younger, I decided to embrace my mixed heritage and decided to tell the world about it; by this I hope that it may help another young person who may be confused about their identity”, he added.

In weaving his pictorial, Bathman has chosen to paint the hardship as well the beautiful aspects of belonging to the Chindian culture. “I think people resonate with the brutal honesty depicted in the stories and the photos”, he added.

Growing well beyond those small origins, The Chindian Diaries has evolved into an arts and community project that documents the stories of individuals and couples who identify themselves as Chindians.

“The main intention is to collect stories and photos that showcase a subculture that is often overlooked and rarely ever written about”, he revealed. By capturing these stories and photos, The Chindian Diaries hopes to act as a resource for future generations, and ensure they are never forgotten. The stories typically range from identity crises, cultural clashes, struggles and misunderstandings, to stories of love and acceptance. “From my own observations, most Chindians experience an identity crisis in their lives as they have to straddle between the two distinctly different cultures – Chinese and Indian”, Bathman believes.

And by sharing stories, he hopes there will be less isolation and prejudice from other people on mixed children. “This in turn helps young Chindian children to have a sense of belonging and forms a unique identity, that it is okay to have parents from a diverse background”, he states.

An advocate of multicultural partnerships, Bathman staunchly believes that interracial marriages are a solution to end racism.

According to Bathman, most Chindians lean towards the Indian culture, because there were more Indian men marrying Chinese women in the 50s till the 90s. “For families with an Indian father, it was common to see the children follow the more dominant paternal culture”, he explained.

“In terms of the look, some Chindians look Malay, but some may look more Chinese or Indian. I have been told by Chindians in other parts of the world that they are often mistaken as Spanish, Mexican, Latin American and even Polynesian”, he added.

Bathman’s novel social initiative has gathered a lot of momentum, attracting wide-ranging publicity in Australia, Malaysia and Singapore. The Chindian Diaries was a finalist at the prestigious Multicultural Media Awards.

“The vision is to someday turn it into a performative piece, documentary or videos to put the stories out there”, Bathman stated.

The Chindian Diaries interestingly is a one-man show, with everything from submissions, tech support, finance and publicity managed by Bathman single-handedly.

“It’s always a juggling act to keep the project alive, whilst working on your day job. It has consumed most of my free time”, he admits frankly. “But I really do enjoy seeing those photos and helping other write their own stories. It’s a privilege to be able to listen and write their stories. I do have a very encouraging Chindian community. When I embarked on this project, I never realised that I would be meeting other Chindians like myself, let alone helping to write their stories. In a way, getting to my own story was the hardest, but the most rewarding part”, he admitted.

The enterprising Bathman has also forayed into communication strategies for social, humanitarian, cultural and environmental causes, through yet another initiative – Coalition of Mischief.

A snapshot of comments from the initiative’s Facebook page:

“So grateful for this project and love seeing pictures and reading people’s stories! My husband (parents from Hong Kong) and I (parents from Chennai) were married five years ago and have two little Chindians of our own. I’m so happy to have this page to show my girls that there are other little girls and boys out there just like them! Thank you!” Divya Balachandar Wong.

“I loved looking at these pictures. They are joyous, playful, tender and evocative. And sometimes very stylish! Can’t get enough of the large shades, svelte sarees, cool hairdo’s, bell-bottoms and pleated pants,” Sandepp Ray.

“I truly miss everything which existed from that era. The warmth, simplicity and the ability of not being too conscious when posing for pictures, are quite rare nowadays,’’ Raji Shunmu.

“This is the most unusual Facebook (page) I have found. So poignant and reminiscent. I am really moved by it. Thanks so much for sharing,”  Rushda Rajak.

“Love how two cultures can blend so beautifully. It felt like one huge celebration. I wish much blessings and love to the couple and their families,’’ Jacqueline Tegjeu.