An evening with Pallavi Sharda 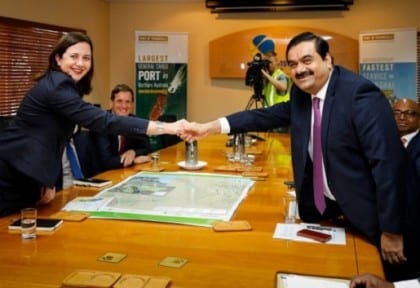 It was delightful to hear one of Australia’s first Bollywood actresses, the svelte young Pallavi Sharda, speaking about her latest endeavours while at the Consulate General of India in Perth recently. Sharda certainly holds a strong hand when it comes to the cross-cultural ties of art and film making between India and Australia. With a few films already completed within the Australian film industry and Bollywood, she is now looking to reach Hollywood too!


Sharda was in town to interact with fans as well as to generate awareness of a special project she is involved with. Sharda is on the advisory board at eKutir, a social enterprise based out of Odissa, where she is the ambassador of a sanitation project Svadha. The organisation aims to provide local farmers with economically sustainable solutions anchored through technology, micro-entrepreneurship, and community engagement. She encouraged the Indian community here in Australia to donate funds to the project.

Karma flew Sharda to India several years ago  where she was supposed to find her big break. She spoke about her stepping stones to the big world of Bollywood and how they were not easy.
Intelligent questions from the audience prompted Pallavi Sharda to share her views on subjects ranging from the ban of Pakistani actors in India, to her initial years in Mumbai, to her struggle to find a Bharatnatyam guru. “I love dance and I breathe it,” she told the gathering.

Because of her role as an Indian Australian cultural ambassador, Sharda was asked to continue to help build bridges between India and Australia. She was asked to use the marketing channels available to her to help promote products produced by small business entrepreneurs in Australia.
Pallavi has just completed principal filming for the Australian film Sedition. Her next film releases are Bollywood film Begum Jaan, opposite Vidya Balan, and Hollywood film Lion in which she performs alongside Rooney Mara, Dev Patel and Nicole Kidman, which recently premiered at the Toronto International Film Festival. She is also working on a memoir of her cross cultural story.

Co-curator of Melbourne’s White Night festival in 2015, during which she brought the rhythm of Carnatic and contemporary Indian dance and music to Melbourne’s CBD, Pallavi Sharda was also the ambassador for Oz Fest, Australia’s largest ever cultural festival in India.
Previously Sharda was the figurehead of Melbourne’s iconic Moomba festival alongside Shane Warne and she was the lead actress in the international touring musical Taj Express. This year, Sharda was the face of SONY ESPN’s IPL broadcast.
- Advertisement -
Share
WhatsApp
Facebook
Twitter
Linkedin
Previous articleSongs of the Soul
Next articleQueensland-first policy for jobs at Adani mega mine