All you need is merit… 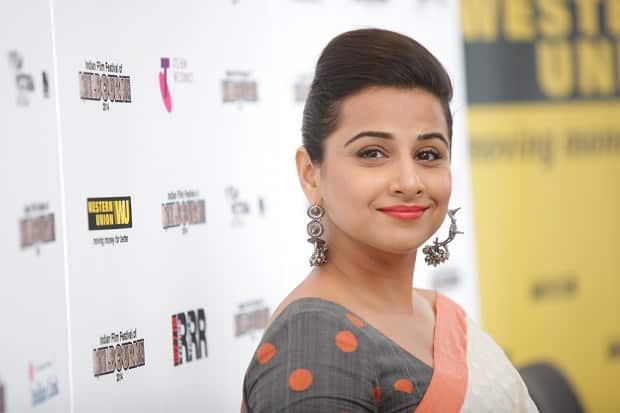 Indian cinema’s most awarded actress Vidya Balan was in town recently to launch the Indian Film Festival of Melbourne (IFFM) 2014. Vidya has made a stellar career and carved an enviable niche for herself in the Indian film industry. Just before returning to India to receive the prestigious Padmashri award, India’s highest civilian honour on March 31, Vidya spoke to Indian Link in an exclusive interview:

Preeti Jabbal (PJ): This is your fourth trip to Melbourne and the third as Brand Ambassador of IFFM. What has been different this time?

Vidya Balan (VB): (laughing) this year has been my shortest trip to Melbourne and that’s different! But the main difference this year is that we are introducing competitive awards at the IFFM, and we have a fabulous jury who will decide on the winners. With each year we try to add a new layer, and we are very excited about these upcoming awards. Overall the IFFM will showcase about 40 films in 20 different languages, there will be some fabulous master classes, a short film competition and a Bollywood dance competition.  The Festival will host some very important guests like Amitabh Bachchan, Konkona Sen Sharma, Rakesh Omprakash Mehra, and Suhasini Maniratnam, among others. The IFFM 2014 promises to be full of exciting activities and events.

PJ: There is a lot of excitement in India as many actresses have joined the election fray like Kiran Kher, Rakhi Sawant, Gul Panag, among others. What is your opinion on the coexistence of films and politics in India?

VB: I think people leverage their stardom by entering politics, but I am not about to join the fray. I believe that if there is ever going to be a time when I am ready to do more for the country than myself, that is when I may enter politics; however, currently I do not have a political bent of mind at all. My contribution will be that of an average citizen as I am hoping to cast my vote and help elect the right representatives, and hopefully have some good leadership in the country.

PJ: In recent times India has earned a bad name in Australia on the issue of women safety, do you think this situation will improve?

VB: Yes, there have been lots of unfortunate incidents of violence against women and rapes in India, however it’s not something that will change overnight; we will require attitudinal changes and more stringent law enforcement. For women to feel safe in general, these two need to be our main focus.

PJ: There have been some recent controversial issues on the ‘No Pregnancy Clause’* in the Indian film industry. How do you feel about signing this clause?

VB: I don’t have a problem with it.

PJ: Don’t you think this is an infringement on women’s rights?

VB: I think it’s unfair if you are in the middle of a film that does not require you to play a pregnant character, and if you get pregnant, it stalls the project. It’s about commitment and I do not see how it is an infringement on women’s rights. We are new age women and we lead our lives the way we want to, we are unapologetically professional so I do not see any harm in signing a clause, if required. You need to plan you life accordingly. In any case I do not want to be working when I am pregnant as I am sure I would want to take it easy. Most women like to be pampered at that time.

PJ: Traditionally in the Indian film industry once an actress marries, she tends to get insignificant roles or she simply fades away. Has your experience been any different?

VB: By God’s grace I have even better opportunities than I had before I got married. I am involved in some very exciting projects and have a lot to look forward to. My marriage has not changed anything for me. I am sure of my relationship with films, and people are sure of my commitment to films. I feel things are changing rapidly and thankfully within the industry, but I can only speak for myself, not for others. Being an actor is a non-negotiable part of me even if I was to take a break, and no matter what happens, I will always be passionate about acting.

PJ: Melbourne girl Pallavi Sharda has done well in Indian films without a godfather, similar to you. Can other people also be assured that they too can be successful based on merit in this industry?

VB: Absolutely! I was fortunate to have God, my parents and my family who have always supported me. Merit is the one and only thing that goes a long way towards being successful. I strongly believe that merit is non-negotiable. That’s the only thing that takes you far. For example, belonging to a star family can give you the initial opportunities, but beyond that you have to prove your own credentials.  I am living proof of the fact that all you need is merit.

*The latest clause in the contracts of leading ladies (married, engaged or those in live-in relationships) specifies that the actress agree to not get pregnant during the time of the principal photography of a film