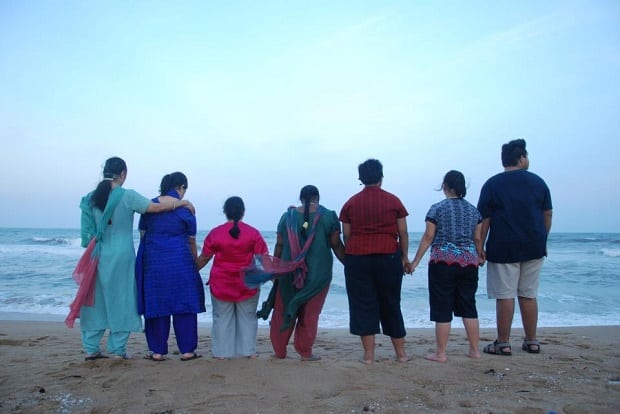 What’s really crazy is that Adelaide’s ‘Mad March’ actually begins in February and goes on beyond April!

The event begins with the Fringe Parade, which this year was held on February 14, and will end with the last of Adelaide Festival’s events in mid-March. However, the visual art exhibitions usually go on through April and even May. In between are weekends with events like the V8 car racing at the Clipsal 500, Womadelaide, The Future Music Festival and Writers Week. Keith Urban and Guy Sebastian will perform on one weekend, Lionel Ritchie and John Farnham are on the next, and not to mention the Rolling Stones coming close behind – and all of this happens in Mad March! The Adelaide Festival is on too, with great line-ups in dance, music, theatre, film, you name it and its happening!

Local community festivals like the Mela, the huge annual Indian event also occurs at the same time, and people have even more entertainment and things to enjoy!

The Fringe Festival is a people’s festival with venues all over the place – in parks, warehouses, laneways and disused buildings, as well as established venues such as theatres, hotels, art galleries and cafes. It includes cabaret, comedy, circus and physical theatre, dance, film, theatre, puppetry, music, visual art and design. The Adelaide Fringe begins with free opening night celebrations, including a street parade through the city centre and parties at various venues. There’s also a Fringe Street Theatre Festival which is great fun and free!

The weekend of February 22 was solely dedicated to the Fringe, with events all around the city and suburbs and regional areas. February 27 was when the Clipsal began with V8 cars racing each other in a city circuit. It was my first time at the races and I thoroughly enjoyed it! As Clipsal ended with a bang (or few), the Adelaide Festival began on the same day with Roman Tragedies indoors and Kid Creole from the US on the outdoor stage.

March began with Sound Wave concert at the west end of town on and Clipsal’s final concert by Keith Urban and Guy Sebastian with Boom Crash Opera on March 2 was a treat for the city.

Adelaide Writers Week (March 1-6) has names like David Malouf and Rabih Alameddin, Anna Goldsworthy and Fiona McFarlane attending, but the only Indian links are Jaspreet Singh from Canada and Jeet Thayil, who had been shortlisted for the Man Booker in 2012.

Artists Week is when visual artists will have exhibitions, workshops and talks at various venues; DocWeek will showcase the best of international documentary films across two venues in Adelaide, and Womadelaide, a weekend of acclaimed world music will round up the dose of art and artists in Adelaide.

DocWeek, the Documentary Film Festival will feature Indelible as the sole entry from India. It is the inspiring story of seven Indians with Downs Syndrome, and its theme is about giving hope to parents with special needs children. “What you see in the film is how people with Down Syndrome really are,” says Pavitra Chalam, who made the film for the Downs Syndrome Federation of India. “Our experience with them is different and it would stay with us all our lives. That’s why it’s indelible”. She hopes the film will be the beginning of a journey towards a more inclusive society in India.

Bollywood and Indian dancing was quite a drawcard at the Fringe, but I am looking forward to the Mallakhamb demonstrations at the Womad, as I haven’t seen those kind of gymnastics on the pole since I was a little kid in India. And of course, Sunny Jain and Red Baraat’s electric music! North Indian bhangra rhythms with elements of jazz, go-go music and hip-hop will be great, and finally a fitting conclusion with Asif Ali Khan’s qawwali music performance.

So from eclectic performances of the Fringe Festival, sporting events and every kind of performing and visual arts at the Adelaide Festival, the city is in for a crazy time! Enjoy the madness!