A little touch of Nepal 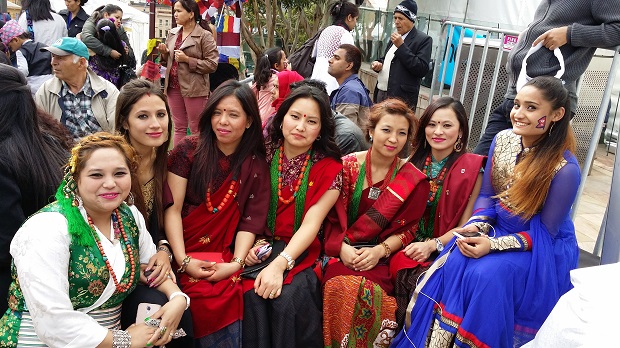 Federation Square was unrecognisable as Nepal’s flags, food and business stalls dominated the heart of Australia’s most liveable city

In a proud moment for the Nepali community, the Non Resident Nepalese Association Australia (State Coordinating Council, Victoria) organised a weekend program featuring a series of business and cultural events, reflecting the theme ‘Embrace culture. Enrich Life’ as part of the Nepal Festival 2014.

A flag hoisting ceremony by Rudra Kumar Nepal, Ambassador of Nepal to Australia, was followed by a colourful parade of community leaders and performing artists, winding from the State Library of Victoria to Federation Square.

A showcase of Nepali talent, there were stand out performances by local artists from across Victoria representing the culture, ethnicity, heritage and diversity of Nepal. There was strong feeling that the Nepal Festival, uniquely Nepali in spirit, will continue to help foster cultural integration. Organisers were thankful that the wider Melbourne community embraced the event so warmly.

The cultural showcase featured artists including Milan Lama, Sabin Rai with his Electrix band, and Dibya Subba who rocked the crowd with their songs, as well as traditional Nepali dance and a children’s dance presentation.

The Saturday program featured a tourism and investment promotion for Nepal workshop and gala dinner. The whole day workshop was hosted by Dr Chandra Deepak Pokharel.

“The objective was to explore, advocate and lobby for potential investment projects between Nepal and Australia,” said Dr Raju Adhikari, Chair of the Workshop Committee.

The gala dinner was addressed by several distinguished guests including Consul General of Nepal to Victoria Chandra Yonzon.

The formal program of the festival on Sunday was attended by leaders from both the Government and Opposition, as well Chin Tan, Victorian Multicultural Commissioner.

Addressing a crowd of more than 20,000 people, Bruce Atkinson (President, Victoria Parliament Legislative Council) and Telmo Languiller (Shadow Minister for Multicultural Affairs) affirmed the highly valued contribution of the Nepali community to Australia and said they would continue to support the community in every way possible. 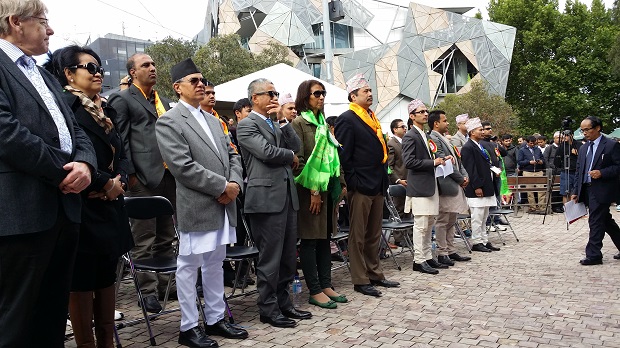 The official program was graced by Shesh Ghale, chief guest of the event and NRNA ICC President, with remarks on NRNA’s global activities such as Nepal Festival, and a need for more cooperation and support from the Government of Nepal.

Nepal Festival Coordinator Rishi Kandel thanked the Government of Victoria for their support and the NRN Victoria team and volunteers for their hard work and months-long preparation to make this program such a success.