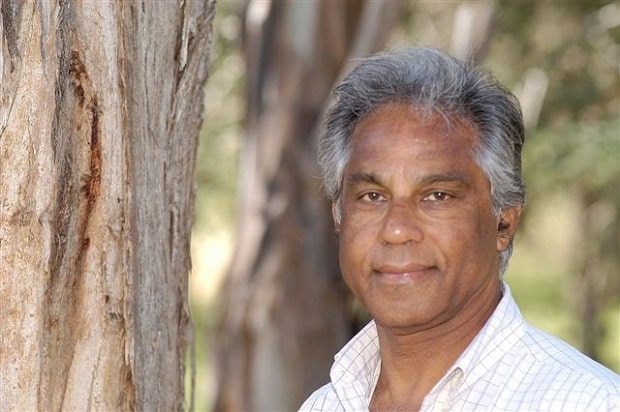 For distinguished service to science, particularly in the field of sustainable productivity and management of forests, as a researcher and author, and as a role model for young scientists

Canberra’s Dr Sadanandan Nambiar is fascinated by forests. There’s no other way to describe it, especially as he has spent over 45 years studying them.

More specifically, his career has been devoted to looking at ways in which to use forests sustainably to achieve economic growth. For his considerable contributions in the area, Dr Nambiar was honoured with the Officer of the Order of Australia award on Australia Day this year.

“This honour is really a recognition that my field of work, sustainability, is a long-term issue that is central to human welfare,” Dr Nambiar tells Indian Link.

Having retired from the CSIRO, the internationally recognised scientist continues to work daily. He remains “personally and emotionally involved” in the study of how forests can be used for poverty alleviation.

“Some 400 million people live in or at the borders of forests, in abject poverty,” Dr Nambiar states. “Everybody agrees that forests support life, yet the custodians of forests are left out of development programs”.

He cites the case of his native state in India, Kerala: it may be one of the country’s most prosperous states, yet its forest-based communities continue to be severely economically disadvantaged.

Dr Nambiar’s knowledge of forest systems has been applied in programs in India, Indonesia, Laos and Vietnam.

So what drew him to study forests?

“I trained as an agricultural scientist initially, and then moved to forestry,” he replies. “The thrill of working with complex ‘big’ things caused me to make this move. You see, in agriculture, you’re working at a micro scale: wheat for instance, has a short life cycle of say, four months. With forests, you’re at the macro, multidisciplinary level. They drive every ecological system that sustains us”.

The CSIRO in Australia offered him this opportunity. He ended up building a giant team that run forest programs across the country, in research centres from Atherton to Tasmania, as well as in government-funded aid programs in developing countries. And it is to this team, that he credits all his success. “I’ve myself made no great discovery,” he says with humility. “It’s been my division more than me”.

“Perhaps our most significant contribution has been in providing the most comprehensive understanding of how Australian forests work, especially in the high-stress circumstances created by drought, fire and pestilence,” he reveals.

Another achievement Dr Nambiar can look back on with satisfaction, is his work with building man-made forests. Australia’s multimillion dollar wood-based industry is now reliant on the massive plantations (eucalyptus, pine) that are providing high quality wood in an efficient, as well as sustainable manner.

“It’s a 40 to 50 year cycle, and we’re constantly monitoring the effect on ecology, such as soil and water health and biodiversity, as well as on rural economy,” Dr Nambiar explains. “It’s a great success story and I’ve been arguing in recent years that India could be doing this too. Wood is the greenest, recyclable, reusable, carbon-neutral product of all building materials. Wood-based products are responsible for only a fraction of carbon emission as compared to concrete. The more wood we use in building, the more carbon we will be locking up over a longer time”.

The demand for wood is only set to increase, Dr Nambiar notes. “Estimates are, that by 2020, consumption will be four times that of production. There is a direct linear relationship between economic growth and use of wood-based products. The more prosperous people get, the more wood they want in their homes – better furniture, wood panels, even glossy magazines!”

Dr Nambiar’s work has also seen him become a legitimate source of independent advice for interested parties, particularly the Australian government. His team has been helping the government design science-based policy on issues such as biodiversity.

The India-born scientist has a long list of awards to his name. His career is peppered with honours by the Institute of Foresters of Australia (IFA), the Commonwealth Forestry Association (CFA) and from the International Union of Forest Research Organisations (IUFRO), as well as those bestowed by other countries such as America and Vietnam.

“Must be my Bollywood good looks”, he laughs. “But seriously, the recognition has not been for me alone. In work of this nature, there is an army of thinking people behind you. I see myself as the conductor of an orchestra rather than an expert pianist”.

What’s in the future for the multi-award winning scientist?

“There’s so much more work to be done! Sustainability is a journey, it’s not a destination. With continuous climate change, we have to constantly design and model and apply. I’ve been mentoring younger scientists on the issue. You know, sustainability is like a relay race. You run your lap and then pass the baton on”.

Dr Nambiar has definitely done well on his leg of the race. Yet he’ll tell you it was because he grabbed the opportunities this country offered him, and worked hard to prove himself.

“I say to new migrants, Australia is the fairest place in the world. It accepts you for the content of your work, not for the way you look”.