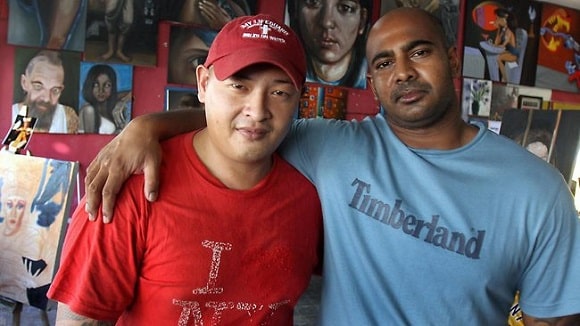 It was with a heavy heart that Australia woke up to the news on a late April morning; two of our own, Andrew Chan and Myuran Sukumaran, had been executed overnight under the law of a neighbouring country. Six more from around the world met similar fates. The outrage was shared globally; and the reaction was, rightfully so, widespread condemnation of state-sanctioned murder.
The fact that Andrew Chan and Myuran Sukumaran were convicted drug smugglers has not escaped the recognition of the most loyal of their supporters; the pair’s catastrophic decision to traffic heroin will haunt the memories of their families and friends forever. Unfortunately, however, Indonesian president Joko Widodo chose not to pay similar recognition to the remarkable progress made by the two Australian men since their capture ten years ago – a gesture which would have reflected just as positively on the ability of Indonesia’s prison system to reform criminals, rather than break them.

A sad conclusion to a sorry tale
It began with a tipping off – by the father of Bali 9 member, Scott Rush – to the Australian Federal Police. The AFP’s seemingly senseless involvement following that fateful call has been widely reported – instead of intercepting and apprehending Rush on suspicion of illegal activity before he left Queensland for Bali’s Denpasar airport as agreed, the AFP tipped off the Indonesian National Police that Rush may be attempting to smuggle drugs out of Indonesia. Nine days later, Rush was arrested, along with three other mules. Chan was arrested while seated on a plane about to leave Denpasar for Sydney; London-born Sri Lankan Sukumaran was arrested in his hotel room on his 24th birthday, along with three other individuals.
Let us be clear – the AFP were fully aware of the likely consequences on these young Australians in the event of a capture by Indonesian authorities. Their actions led some MPs to call for a bill to impose jail terms on public officials who disclose information that could lead to the execution of Australians overseas.
After Chan and Sukumaran were sentenced to death in 2006, hope was always slim; but it lingered for such a long time that it threatened to grow. By all accounts, Chan and Sukumaran have spent the majority of their time in prison helping others, having already helped themselves. Sukumaran established a computer and art room, and studied Fine Arts by correspondence with Curtin University. Sukumaran’s paintings have become synonymous with his struggle for freedom; a burgeoning talent restrained by the demons of his past. Meanwhile, Chan became a Christian while in prison, leading the English-language Christian service.
It was not enough to spare their lives. Although President Widodo holds absolute power in relation to the granting of clemency, he was reportedly not presented with any relevant information about any prisoners when reviewing their pleas for mercy; all that was provided was the prisoner’s name and their offence. Clemency was refused, and although diplomats from all nations concerned exercised their best efforts to seek a change of heart, there was no heart left in Widodo to change.

Why punish crime?
There are several theories as to the main purpose behind the punishment of crime. The most elementary, with its roots pre-dating modern civilisation, is punishment as a form of retribution, an ‘eye for an eye’ – because it is what the offender deserves. More importantly however, punishment is a form of deterrence, a device to instill in the general population a sense of aversion about the possible consequences of criminal behavior.
However, the rehabilitative aspect of punishment – to change the offender’s values so that he or she will be less likely to engage in the same conduct again – is often overlooked. Punishment as a mechanism through which to achieve rehabilitation is particularly important in cases involving drug offences; it is the very reason why courts will order certain criminals to attend courses for drug and alcohol dependence. In these cases, it is clear that the punishment should be made not only to “fit the crime”, but tailored to fit the offender.
Unfortunately, it is clear that Indonesian policymakers rely heavily on capital punishment as a deterrent in relation to drug offences (despite the absence of any clear proof on its effect as a deterrent), giving no weight to an individual’s ability to reform and rehabilitate.
The result? A punishment inflicted twice for the same crime. What was gained by, Indonesia, Chan or Sukumaran by the pair spending ten years in a harsh, foreign and unforgiving environment, forming – by all accounts – new values and ideals more aligned with societal expectations, if the swift hammer of “justice” was in fact yet to fall? And what, if any, steps did Indonesia take during those ten years to combat the problem of drug trafficking?

The message sent to current prisoners who have been involved in drug-related crimes is clear. It does not matter whether you become a better person, help others become better people, or even if you become a model citizen within your cell block. The unavoidable endgame is your cold-blooded murder.
The death penalty is an archaic mode of punishment in its own regard; but to apply it to drug smugglers is manifestly unjust. It is an untenable position for Indonesia to maintain if, in line with its bustling economy, it truly wants to become recognised and respected as a global citizen; after all, humanity is a fundamental concept upon which all successful governments find common ground.
Without humanity, no governance is good governance.