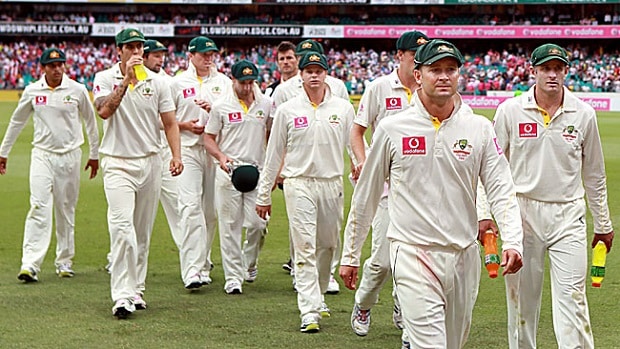 Reading Time: 5 minutesA preview of the cricket season ahead

Cricket was changed forever last month with the passing of one of its most universally beloved players, Phillip Hughes, two days after he was fatally struck by a bouncer during a Sheffield Shield match at the Sydney Cricket Ground. Although the response to his death has been unprecedented and heart-warming, with a widespread outpouring of grief and support, its full impact on the cricket world and the game itself, for the moment, remains unclear.

There is no doubt, however, that each and every match during the enormous international summer that lies ahead for cricket fans will be dedicated to Hughes. As his family and friends have made clear, Hughes would have wanted the show to go on, and for the next ball to be bowled; after all, cricket was everything to him. With the memory of Phillip Hughes in mind, we take a look at what you can expect from one of the biggest seasons of cricket in memory.

Matches between India and Australia have grown to become some of the most highly anticipated and enthralling encounters, albeit frequently one-sided depending on the hemisphere in which they take place. This summer, a number of interesting side-plots have emerged and they will play significant roles in the way India’s tour unfolds.

To begin with, it’s the first Indian tour down under without at least one of Sachin Tendulkar, Rahul Dravid, VVS Laxman or Sourav Ganguly along since 1991. India’s previously formidable batting line-up – which still failed to win a Test series in Australia in several attempts – has since been replaced with a talented but unproven squad including Shikhar Dhawan, Rohit Sharma, Ajinkya Rahane and Suresh Raina. In fact, only Virat Kohli has experienced a Test tour of Australia as a regular in the playing XI.

It will be interesting to see how the fresh Indian batsmen – some of whom have historically been susceptible to short-pitched bowling – respond to the now-known threat of Mitchell Johnson and company. England were ambushed by Johnson: the ICC Cricketer of the Year with 37 wickets to him during the Ashes earlier this year. Unlike England, however, India know what to expect.

There is a good chance that both captains will be ruled out of the first Test through injury. While MS Dhoni has already been confirmed unavailable, Australia sweats on the fitness of Michael Clarke – particularly given the need to pull together a group of players still heartbroken at the passing of one of their best mates. The good news for Australia is that Clarke has a few precious extra days to prove his fitness, due to the rescheduling of the Test series to accommodate Phil Hughes’s funeral in Macksville on 3 December.

Kohli has captained India to an Under-19 World Cup as well as twin 5-0 ODI series wins against Sri Lanka and Zimbabwe. Captaining India in a Test match against Australia will be an altogether different monster though. Ravi Shastri, India’s team director, has promised that Kohli will lead the team as would a veteran with 20 matches worth of experience. However, India’s fledgling bowling attack, the need to manage the team’s strategies and emotions in hostile foreign conditions, and India’s heavy reliance on Kohli’s batting will place an enormous amount of pressure on him.

Australia will turn to wicketkeeper Brad Haddin or middle-order batsman Steve Smith to take the reins. Given Australia’s extraordinary depth of fast bowlers and the familiar home conditions, losing Dhoni will likely prove to be more significant.

The calm before the storm, the tournament between Australia, England and India will be one last chance for the teams to fine-tune their preparations and finalise their squads ahead of the biggest event on the cricket calendar, the ICC World Cup.

Australia’s series against South Africa lacked context, but this will be different: the imminence of the World Cup, the motivation to send a warning to the other teams and the need to develop the “habit” of winning that elite sportspeople revere, will all contribute to the intensity of the battle.

Although India and Australia are the leading favourites for the World Cup, each with stable sides, India’s long tour and Australia’s massive summer may see some fringe players get a chance to break into the playing XI. England, meanwhile, are likely to face further embarrassment on the world stage unless they make full use of the precious preparation time they have been granted on Australian soil.

The hype for the ICC World Cup, to be held in Australia and New Zealand, hasn’t taken off yet – there is simply too much cricket to be played before 13 February, when matches between New Zealand and Sri Lanka, and Australia and England, will open the tournament. However, ticket sales have been quietly steady, with some matches selling out several months in advance.

The 2015 edition of the tournament is one of the most open in recent memory. Australia, with an explosive batting line up, a strong pace attack and home advantage, are title favourites, but teams such as India, South Africa, New Zealand and the West Indies are all genuine contenders for the crown. As always, a team’s successful campaign may come down to the mental conditioning of the players and their ability to lift their intensity during the critical moments.

The 2014/15 summer of cricket promises to be a blockbuster affair. The excitement will be palpable and we will play host to patriotic revellers from around the world. But a tinge of sadness will understandably underpin every moment of elation; Phil Hughes reminds us that there is more to it than just a game.