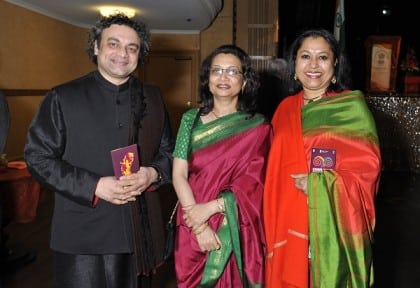 After 70 years of freedom from British Rule, India is not ageing but increasing in value, according to Manika Jain the Indian Consul General in Melbourne. The Consul was speaking at a reception to commemorate India’s 70th Independence Day at Collingwood Town Hall, recently.

A select audience was invited to participate in the celebrations along with the consular staff and representatives. Robin Scott, Minister for Finance and Minister for Multicultural Affairs and Opposition Leader Matthew Guy were chief among the list of dignitaries present.
According to Manika Jain, as the fastest growing economy of about 1.25 billion people, most international agencies have forecasted India to grow at a rate of over 7-8% in the coming years. Seeing such positive prospects for India, Australian businesses and corporate leaders have shown renewed interest in India.

“There could be many areas, niche or otherwise, where India can provide market as well as investment destinations for anything and everything,” said the Consul.
Many fruitful engagements and collaborations between the two nations are underway following visits from Ministers and officials from different portfolios, travelling delegations, and tie-ups with various industries, educational institutes and universities.
“I am glad to see that our relationships have gone beyond curry and cricket without undermining it, rather building upon it,” remarked the Consul.
The MC for the evening Consular officer Prabhat Sangwan and Consul Manika Jain took pains to promote the upcoming Confluence Festival of India. As part of the yearlong celebration of India’s 70th Independence Day the Indian Government will showcase the biggest ever Indian festival in Australia, to be held across seven cities. Melbourne, as the cultural capital of Australia, will be hosting the largest number of events, the Consul explained. A video teaser for the festival was also shown as part of the proceedings.

Representing the Victorian Premier Daniel Andrews, Minister Robin Scott outlined how, from the Victorian perspective, relations with India will only get stronger. “Much was made from the Chinese century and I think the next century will be the Indian Century and the Chinese Century with the two great sleeping powers of Asia taking their rightful place in the world,” claimed the Minister.
“Victorian society and Government will stand with the Indian community to take its rightful place and for it to share in the opportunities afforded to all members of our society, to take places of leadership and to have the opportunity to fully express themselves,” he said before raising a toast to celebrate the occasion.

Opposition Leader Matthew Guy was of the opinion that Victoria should establish a sister state relationship with an Indian state similar to its relationship with China’s Jiangsu Province.
“Even though I am aware that this may lead into a massive debate on which state it could be, I think it is time for Victoria to have a special relationship with India,” he said. This would lead to forming close bonds economically, culturally and socially between the two states.
The patriotic fervor among the guests was visible, albeit understated, in the form of tiny tricolor pins on lapels or traditional outfits in colours of saffron, white and green. With the who’s who of Melbourne present for the celebrations, networking continued till late evening.