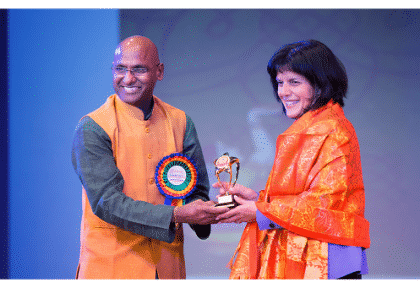 In honour of its 25th anniversary, the Telugu Association of Australia Inc. (TAAI) announced a series of special events, with the celebrations expected to continue well into the month of June this year. The Silver Jubilee celebrations commenced with their flagship event Janaranjani which was held late last year.
TAAI is a non-profit community organisation, incorporated in July 1992, with the objective of preserving, maintaining, and perpetuating the heritage of people of Telugu origin and upholding the secular nature of Telugu communities. Their aim is to collaboratively promote cultural and social integration between the Telugu community and local mainstream Australian population.
“This is a special year for TAAI,” said Sharma Madiraju, Treasurer. “Since 1992, TAAI has been promoting Telugu literature, culture, educational, social, economic, and community affairs of the Telugu-speaking people. There is much to celebrate and a lot of goodwill to be promoted.”

The annual Janaranjani event, held at Besan Centre, Burwood, showcased 25 years of TAAI and was attended by nearly 900 patrons from across Melbourne. Janaranjani is TAAI’s annual event, providing an opportunity for its members to showcase their talent in various art forms.
Over 200 participants of all age groups celebrated their vibrant culture through performances in various genres of music, dance and drama. The audience was captivated with some exceptional talent that explored the rich heritage of South India and other contemporary creative expressions.
The highlight was the presence of popular Indian comedy actor Dr Rajendra Prasad. He was felicitated with the Hasya Ratna in recognition of his contribution to the Telugu film industry. A poem was written and presented to him by Mallikeswara Rao Konchada.
Member for Chisholm, Julia Banks MP was the guest speaker for the evening. In her address to the audience she commended TAAI for its contribution to the community and for its commitment and respect in promoting Telugu language and culture.
The audience was enthusiastic in their applause, particularly for the young ones as participants as young as three years old were encouraged to gain confidence on stage. Hours of wholesome entertainment were provided through the efforts of many community volunteers.

“After such a fantastic start to our Silver Jubilee year, the TAAI Committee have planned many more programs and events over the course of the coming months,” said President, Rama Rao Munuganti. “This will include Rasa Raga Sudha (a Telugu music concert), Abhinandanamala (awards night) and a special outdoor free event on Sunday 19 March where we are expecting an audience of up to 5000 people.”
“I’d like to emphasise that TAAI continues to work closely with affiliated bodies, other Telugu speaking organisations and local forums for the betterment of our community,” Rama Rao continued.
“We are committed to strengthening our operational maturity and endeavour to reach members of the community more frequently than before. We intend to work with the TAAI Board where we will begin to address a long-term strategy to cater for the growing needs of our community.”