Why Section 18C should have been repealed 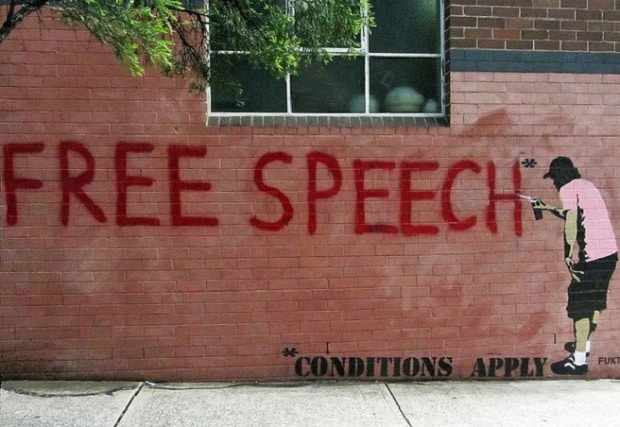 Reading Time: 4 minutesIf we don’t allow for free speech for the worst members of our society, then such ‘free speech’ doesn’t hold much weight

Prime Minister Tony Abbott recently backed down on controversial plans to make amendments to Section 18C of the Racial Discrimination Act. The proposed laws had been drafted by Senator George Brandis in a bid to allow people the “right to be a bigot”.

Many community leaders, including the Member for Hornsby in the NSW Parliament, Matt Kean (‘Section 18C – A protection we cannot afford to lose’, Indian Link, Sydney, July 2), argued that section 18C should not be repealed despite concerns over its suppression of Australians’ freedom of political communication.

Section 18C makes it unlawful to “offend, insult, humiliate or intimidate another person or a group of people” where “the act is done because of the race, colour or national or ethnic origin of the other person or of some or all of the people in the group”.

In defending Section 18C, Mr Kean claimed that freedom of speech is not absolute, citing as an example the law against defamation, which places limits on the ability to make false statements.

Mr Kean argued that liberal democracy would continue operate just fine with Section 18C continuing to remain in effect: “As a society, we recognise that these restrictions do not hurt our democracy or way of life. Indeed, we understand that they are necessary to maintain it. And laws against hate speech are no less necessary, because racism and bigotry tear at the heart of our social fabric”.

Although Mr Kean wrote in a general way about how Section 18C would supposedly maintain a freedom-loving society (albeit free of outward racism), he omitted any reference to the actual operation of the provision and how critics have shown it has suppressed reasonable public discourse. Besides, his example of defamation laws is exactly the opposite of the truth: defamation laws are probably a greater restriction on legitimate speech than 18C ever has been.

In theory it sounds nice to pass a law against racist speech. But what is racism anyway? Racism is more than just making politically incorrect comments that are potentially offensive to some ethnic groups, keen to avoid criticism. It should require something more – for example, physically excluding someone from public property or firing a public employee due to race.

Bolt wrote a controversial column criticising the idea that Aboriginal people should receive special treatment that other Australians don’t receive. He made a fair point since the rule of law requires everyone to be treated the same. Bolt was found to have been factually inaccurate about some of his claims regarding specific Aboriginals, but his general principle is correct.

Bolt says he’s not a racist. He didn’t display outward signs of racism that would have justified him being associated with bigotry. All he did was his job; as a newspaper columnist, it’s his job to provoke thought. So why was Bolt found liable under Section 18C?

Defamation laws and hate speech laws are founded on the wrong assumption that you own what other people think about you. As Murray Rothbard explains in The Ethics of Liberty however, in a free society everyone owns themselves and nobody should have the power to become the ‘thought-police’. “We can, of course, readily concede the gross immorality of spreading false libels about another person,” he explains. “But we must, nevertheless, maintain the legal right of anyone to do so”.

Certainly, there are exceptions. You can’t be a racist if that racism includes planning acts of violence against ethnic groups (as the Ku Klux Clan did in the United States). But that’s already covered by existing criminal laws and doesn’t require the superfluous civil liability of Section 18C.

All who purport to favour free speech would do well to pay attention to the American founding fathers who specifically included a guarantee of free speech in their Constitution to prevent do-gooders deciding what is, and isn’t, acceptable when discussing social issues. Unfortunately, in Australia we don’t have as strong a constitutional protection of free speech and so one can’t criticise our leaders or other citizens easily, as evidenced by the fact that several politicians and judges have brought forward suits for defamation.

The best way to suppress ill-considered views is to argue against them in public forums, and to have privately funded bodies set up to fact-check claims. Bigots should be shunned from popular social groups and non-violent measures, such as boycotting their products, should be taken to send them a message that their views are unacceptable.

Stopping racism and bigotry has never been about Section 18C. There are many other ways to combat these evils without giving judges and politicians even more power than they already have.