What Women's Day means to me 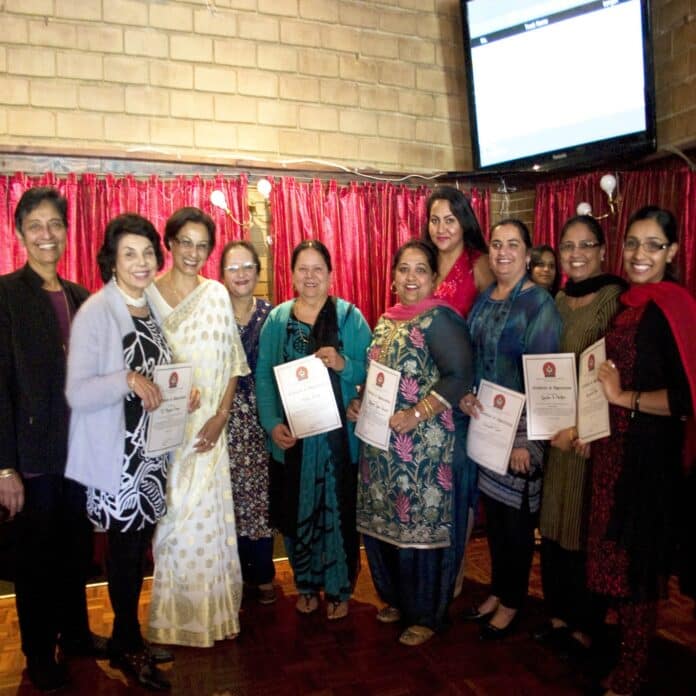 According to American President Barack Obama, “The best judge of whether or not a country is going to develop is how it treats its women. If it’s educating its girls, if women have equal rights, that country is going to move forward. But if women are oppressed and abused and illiterate, then they’re going to fall behind.”  Even in this modern era, many women have to fight for civil, political and economic rights, they have to struggle for social and cultural equality, and persist in their demand for freedom from violence. As these wonderful women around the world strive to shape the future of their countries, societies and families, International Women’s Day is observed each year to celebrate their efforts. In 2013, the theme for International Women’s Day was ‘The Gender Agenda: Gaining Momentum’.
Gender equality was most prominent on the agenda for the participants of the International Women’s Day event held recently by the Sikh Welfare Council of Victoria (SWCV). An eclectic group of women attended the afternoon event that was hosted at the Punjabi Masala Restaurant in Nunawading. Mrs Jasreen Singh and Mrs Hardeep Madan from SWCV initiated the proceedings by offering a warm welcome to the guests. Mrs Jassi Kaur then invoked the blessings of God with a melodious chant. Several prominent speakers addressed the audience on topics raging from health, society, education, relationships and cultural awareness. The agenda included afternoon tea, music, entertainment and ample opportunities for a chinwag.
“I think all the men in the world cannot represent one woman as adequately as one woman can represent all women,” said Preeti Jabbal from Indian Link as she kicked off the speeches with the topic ‘Contemporary woman’. “Here in our adopted home in Australia we are at what can only be termed as a very ‘happening age’, the most formative year for the gender issue. We are at a stage where every step we take is a very positive step towards there being no gender issue in years to come. And by gender equality we do not mean that it’s a game where women win and men lose, but it should mean that the choices available to both of us are enhanced,” she stated.
Mrs Raj Dudeja President of Federation of Indian Women’s Association in Australia (FIWAA) spoke next on how women have been empowered over generations due to better education and advanced technology, and how traditions and culture co-exist with this change. Family Relationship Therapist Mrs Muktesh Chibber spoke eloquently about relationships within marriage and about mutual respect as the most important ingredient for a happy married life.
Psychiatrist Mrs Manjula O’Connor shared the story of a domestic violence victim and described the various types of domestic threats. Domestic violence according to her is not just physical, but can also be mental and psychological.
The speeches continued as Dr Surjit Kaur gave a lengthy talk on female health including breast cancer awareness and the benefit of regular health checks through pap smears and mammogram screenings. Mrs Surinder Mudher and Mrs Dilpreet Jaswal from Khalsa Punjabi School voiced the merits of educating women as a means to educating the whole society. Mrs Harjinder Kaur shared her experience as a new migrant teacher who was struggling to grasp the conflict of cultures between India and Australia. According to her, she was able to overcome the obstacles mainly through sheer determination and mental strength that was inculcated in her by her supportive parents. Towards the end of the event, young Gurpreet Kaur from Monash University highlighted the vital importance of educating men and boys when tackling violence against and discrimination of women and girls.
The world is full of stories of mothers and daughters and their aspirations and hopes, who are often denied the equal rights and opportunities they deserve. International Women’s Day marks and affirms the enduring values of equality and dignity for all women to enjoy lives filled with opportunities, freed from discrimination and violence. Events like the one organized by SWCV present an opportunity for women to share their stories, to acknowledge these struggles and find a way to move forward. Kudos to Mrs Hardeep Madan and her SWCV team for putting together a group of inspiring speakers and an enlightened audience on whose fine and feisty shoulders the long quest for equality for women will continue.