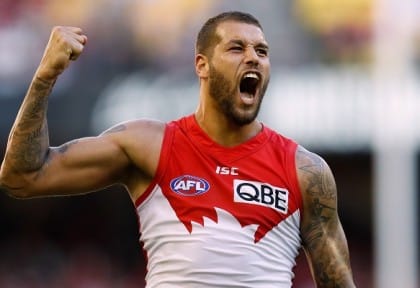 The Sydney Swans take wing in time for the Indigenous Round

It’s as if these articles have some magical power for telling the future. I’ve droned on and on, like a broken record, about how exciting and unpredictable this game is. I’ve babbled about how you just never know what’s going to happen in any given week of the season. Well, last round proved me right and more so than ever before! So strap yourselves in for another crazy reflection of an unbelievable round of AFL in this edition of the Round roundup.

We can’t go much further without addressing the very rare occurrence that took place in Round 7. Starting with a Giant shock, St Kilda upset GWS and Fremantle overcame the Essendon Bombers – it was the first time that every match in the round was won by a team placed lower on the ladder. Safe to say, it has completely rattled our tipping competition and AFL pundits everywhere are scratching their heads wondering which teams will actually feature in the top eight by the end of the season.

It finally happened. For the first time in 2017, the SCG boomed with the famous “Cheer, cheer the red and the white” chant as the Swans overcame their horrendous losing streak with a comprehensive win over the Brisbane Lions. Whilst this takes them off the bottom of the ladder, there is still a fair way to go. A huge positive seems to be the emphatic return to form by Lance ‘Buddy’ Franklin kicking a massive 8 goals for the game. However, before we get too excited, the Swans are still far from their best. Still smarting from their shocking loss to the lowly placed Carlton, the Swans remain looking fairly weak in defence and occasionally in the midfield. Indeed, despite winning 135-81, they conceded 22 points in the final quarter. Against a better placed team, losing focus and energy in the final term defensively will cost them dearly. It’s a long way to go until the finals in September, but the Swans will need to find another gear.