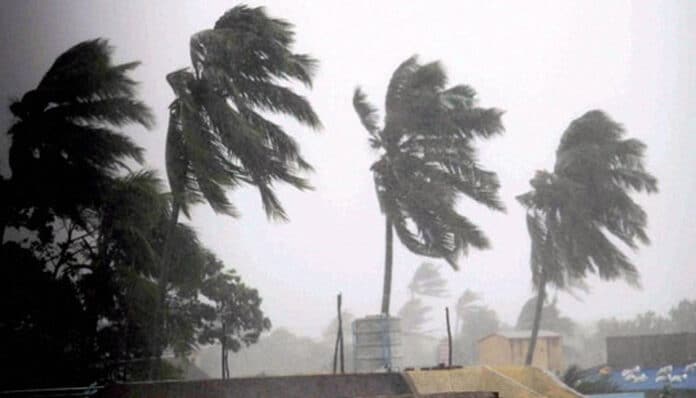 Reading Time: 3 minutesRelief operations have begun in Andhra Pradesh’s Visakhapatnam city and other coastal areas, a day after severe cyclonic storm ‘Hudhud’ made landfall, leaving a trail of destruction and killing five people.

With rains receding in the cyclone-hit areas and intensity of gales also coming down, people came out of their houses, only to find that the scale of devastation is much higher than anticipated.

While precautionary measures helped in minimising the loss of human lives, the cyclone disrupted electricity and communication networks, paralysed transport and damaged over thousands of acres of crops.

Visakhapatnam, also known as Vizag, bore the brunt of Hudhud, which hit its coast with the speed of 185 km/h. Hundreds of vehicles parked on roads were damaged while heavy rains inundated few colonies.

Airport, railways and bus stations were also hit in Vizag, which remained without electricity for the second consecutive day. With the collapsing of communication networks, mobile phones are non-functional here.

With no drinking water, milk and other essential commodities, people are facing severe hardships.

Chief Minister N. Chandrababu Naidu, who is about to reach Vizag, said 500,000 people in four districts were shifted to relief camps.

The districts of Visakhapatnam and Srikakulam are still without electricity. Mobile telephones are not working in the region as communication network collapsed.

With trees and poles falling on highways, the vehicular traffic came to a complete halt while railways cancelled all services in the region.

The “very severe cyclonic storm” in the Bay of Bengal started crossing the coast around noon on Sunday at Pudimadaka, about 50 km from Visakhapatnam.

People were confined to their homes through the day as strong gales felled scores of trees, power and communication towers and hoardings. Many cars parked on roads were damaged.

Andhra Pradesh Chief Minister N. Chandrababu Naidu said in Hyderabad that the eye of the storm crossed the coast but it may take some hours for the entire system to cross. He appealed to people to remain indoors till evening.

With the authorities losing contact with the radar tracking the cyclone, they were finding it difficult to provide information about the impact and wind speed. Naidu quoted the navy as putting the gale speed at 185 km/h.

“We don’t have a mechanism to assess the damages as the communication network has collapsed,” said Naidu, before leaving for coastal Andhra by road.

The cyclone disrupted the functioning of the Visakhapatnam Cyclone Warning Centre, which lost contact with the radar tracking the cyclone. Officials were relying on the navy radar for information.

Two people were killed in Visakhapatnam while another died in Srikakulam district. Two deaths occurred due to falling trees and one due to a wall collapse.

Naidu announced a compensation of Rs.5 lakh each to the families of those killed, Rs.1 lakh for critically injured and Rs.50,000 for other injured.

In Odisha, an official said a man died on the Puri coast as he tried to save his fishing boat, taking the total deaths to three after two people were killed when a boat engaged to evacuate people capsized in Kendrapada district Saturday. Heavy downpour continued to lash the state and inundated many areas.