History made in Nagasaki

After its turbulent past, Nagasaki has rebuilt itself into a charming city of tradition and modernity 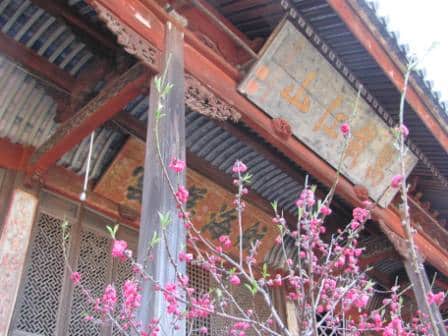 Set against a hillside overlooking a splendid natural harbour, Nagasaki, a city of under 500,000, lies on the southern Japanese island of Kyushu. There can be no better way of arriving here than by cruise ship as I did, on a gloriously sunny day with boats and ferries chugging by. A delightfully pretty and compact city ideal for exploring on foot, Nagasaki was especially impressive in March since the famed cherry blossoms were in full bloom. This was my first visit to Japan and my initial impressions were that the locals were calm, exceedingly polite and fastidiously neat and clean. As I crossed the street using the pedestrian walkway, a woman followed with a broom, sweeping the pavement behind me. In washrooms, hand-basins talked, providing instructions in Japanese, and there were hand sanitiser dispensers throughout department stores. Money for purchases was pushed backwards and forwards with great ceremony on a tray, with even the smallest purchase, in this case a postcard, neatly wrapped. Stand contemplating your map and someone will come to your aid. There was an odd juxtaposition of old and new, of young girls with iPods wearing kimonos, of clacketty old streetcars and bullet trains. And there is no other Japanese city where beauty and tragedy are so intertwined. Missing its military target by several kilometres due to fog, the northern part of the city was obliterated by the atomic bomb of  August 9, 1945, three days after American forces destroyed Hiroshima in World War II. The bomb obliterated the Urakami neighbourhood, a slum inhabited by Christians and burakumin, described as the ‘untouchables’ of Japan, killing 74,000 people and injuring 75,000 more. There are poignant reminders in the city, including Peace Park and the confronting Nagasaki Atomic Bomb Museum.
Nagasaki was Japan’s most cosmopolitan city from the 16th through to the 19th centuries, though foreigners were kept isolated. In 1549, Francis Xavier and two fellow Jesuits who had sailed from India waded ashore from their ship, the first missionaries in Japan. Receiving a friendly welcome from a powerful lord, they were allowed to preach and convert. Jesuits and later Franciscans introduced Christianity with over 300,000 converts by 1597. But the tide turned on the missionaries. Alarmed at the growing surge in numbers, the government banned Christianity, burnt down 130 churches and crucified six European missionaries and 20 Japanese followers, the youngest a 12-year-old alter server boy. The deaths were a result of the danger of professing the Christian faith in a Buddhist country that had become torn by internal war and a fear of foreign conquest.  All 26 were declared saints by the Catholic Church in 1862, and a small chapel and monument were built in 1962, in their memory.
An artificial island was built in 1634 named Dejima, to house Portuguese traders. After 1639, the Portuguese were ordered to leave, replaced at Dejima by traders from the Dutch East India Company. While Japan remained sealed off from the outside world, Nagasaki was the only city that allowed foreign traders, including a few Chinese who built temples on the hillsides, a Confucian shrine in 1893 and a small vibrant Chinatown.
With the cruise ship terminal located right in the city centre, I followed the narrow river that meanders through the city to Spectacles Bridge, Japan’s oldest arch-shaped stone bridge. I then turned off to view the temples, walking along hilly cobbled streets of rows of houses and apartments stacked neatly on top of each other like playing blocks.
Built by Chinese traders, the temples are scattered on the hillside. The oldest temple is Kofukuji, built in 1620, which presides over the city below. Its peaked roofs and scattered halls surround a series of pleasant lawns and gardens, while forests begin just behind the temple. Built as a place where they could pray for a safe voyage, and considering Japan’s persecution of Christians at the time, the Chinese traders also thought it prudent to prove they were Buddhists.
Sofukiji Temple was another temple founded by Chinese traders in 1629, and is Nagasaki’s most famous temple. Its Buddha Hall is painted brilliant red and decorated with Chinese lanterns. The temple’s giant cauldron was built by a priest during a terrible famine in 1680, to make enough porridge to feed 3,000 people a day.
After visiting the post office, downtown department stores and train station to view the bullet trains, I headed for Hamano-Machi and Kanko-Dori, funky shopping arcades featuring boutiques, cafes and restaurants. South of the city, Hollander Slope is Nagasaki’s prettiest street, cobbled and lined with timber houses built by Europeans, so-called because at the time, all Europeans were referred to as Hollanders.
A short walk away is the Oura Catholic Church, the oldest remaining church in Japan built in 1864 by French missionaries. Nearby is Glover Garden, a beautiful garden to meander through, redolent of history and containing the homes of prominent European traders. The centrepiece is the home of Thomas Glover, built in 1863, the oldest western style building in Japan. Glover was a Scottish merchant who came to Japan in 1859 at the age of 21, and contributed greatly to the modernisation of Japan through shipbuilding, and coal mining. Interestingly, he is also referred to as the father of Japanese beer!
Far from the impression I’d formed that I would suffer sensory overload in Japan, Nagasaki is relaxed, accessible and welcoming. In just one day I’d encountered many Japanese who inquired or tried to help with their snippets of English, and I enjoyed discovering obscure winding streets and neighbourhoods. As I sat on the hill in Glover Garden, I unwrapped the delicate slice of Castella cake, introduced by Portuguese traders and progressively modified to Japanese tastes that has eventually resulted from the meeting of east and west in Nagasaki.  Enjoying my cake and looking out towards the sea, I wished that I could have stayed much longer.

Travel Notebook
Getting there
Fly to Nagasaki with Japan Airlines and Korean Air. Qantas, Cathay, China Airlines and Jetstar will also get you to major transport hubs in Japan, from where a bullet train will deliver you to Nagasaki at top speed. Alternatively, many cruise ships offer relaxing itineraries that include China, South Korea and Japan, a great way to visit if you have not been here before. I travelled with Azamara Club Cruises on a 14-night voyage.  T: 1800 754 500 W: www.azamaraclubcruises.com
Getting around
Nagasaki is one of Japan’s most navigable cities with directional signs to sites in English and streetcars that are fun and affordable.
Where to stay
There are many hotel choices, with many affordable options including YHA’s, business hotels and traditional Japanese inns. The Japan National Tourism Organisation has a helpful website and will mail brochures on request. T: 02 9279 2177 W: www.jnto.org.au
Must tries
The most famous and delicious is Castella, based on a Portuguese cake. It can be eaten in coffee shops all over town, but the most famous bakery is Fukusaya, 3-1 Funadaiku Machi in business since 1624.
Insider Tip
Changing money at banks can be slow and the rate of exchange quite low. Use ATM’s or 7 Eleven stores instead. English is not widely spoken.