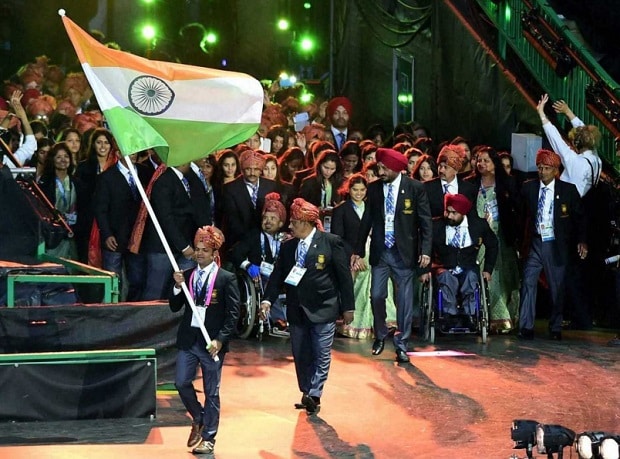 India has finished in fifth place at the 2014 Commonwealth Games in Glasgow. The team haul included 15 GOLD, 30 SILVER and 19 BRONZE medals, making a total of 64 medals.

It was India’s third best showing in the Commonwealth Games after the 100 plus bounty at home in Delhi four years back and the 69 medals they picked up at Manchester in 2002.

In badminton, Parupalli Kashyap broke a 32-year jinx to claim the men’s singles  gold, while the women’s doubles pair of Jwala Gutta and Ashwini Ponnappa, and the men’s hockey team, clinched silvers to cap an creditable Indian showing at the 20th Commonwealth Games which closed Sunday.

The 27-year-old clinched his first major championship by defeating Singaporean sixth seed Zi Liang Derek Wong 21-14, 11-21, 21-19 in just over an hour at the Emirates Arena.

Much was expected from Jwala and Ashwini but they could not replicate their gold medal-winning performance of 2010 and had to be content with the silver, losing the final 17-21, 21-23 in 41 minutes to Malaysian second seeds Vivian Kah Mun Hoo and Khe Wei Woon.

Reminiscent of the 2010 Games, India again lost to Australia in men’s hockey final — but this time the margin was halved to 0-4 — and settled for the silver medal.

India were impressive in their 2-4 loss to Australia in the group games. But when it mattered the most, the goals dried up for India.

The cycle road race brought disappointment as all the six male cyclists on show Sunday failed to finish.

In squash, Dipika Pallikal and her partner Joshana Chinappa won a gold medal in the women’s double event in Glasgow, which was a first ever medal for India in the racquet sport. Pallikal, who is engaged to Indian cricketer Dinesh Karthik, took to Twitter after her win to express her joy and thankfulness for her husband’s presence at the event, saying: “So glad I could have my man with me on such a magical day!”