Delhi-ghted by the election result 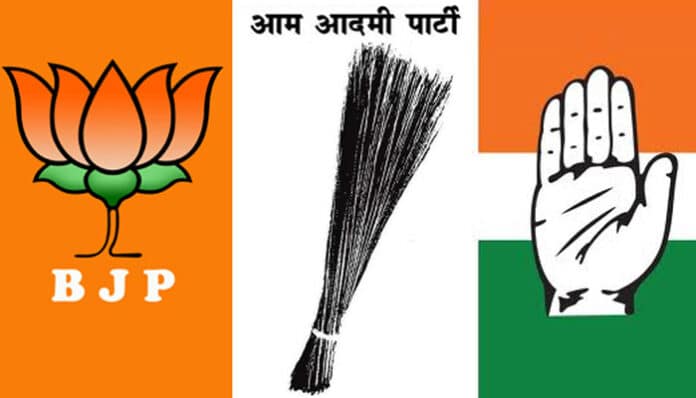 The people of Delhi have chosen their next government. Arvind Kejriwal and his Aam Aadmi Party (AAP) have been re-elected to run Delhi. This time with an overwhelming majority; the kind of majority that is unheard of in India’s political history post-independence.
The AAP garnered 67 out of the total 70 seats.
Prime Minister Modi’s BJP, the front runner leading into the elections, mustered a mere three seats.
And Congress, well, Congress who? (They managed to get zip).
Two out of the three Chief Ministerial Candidates contesting this election lost in their own constituencies. These statistics demonstrate the singular intent demonstrated by the people of Delhi in choosing their future government.
A scholarly dissection of this outrageous election result may uncover things that were done well (and not so well) by various parties and their leaders in the lead up to the Delhi elections. But, at the very basic level, the message in this demonstration of a singular political choice by the people of Delhi is quite simple.
The people of Delhi have opted to elect a seemingly secular, approachable, and straight-talking political alternative with no bells and whistles attached. They are seeking a government that will provide a tangible improvement to the lifestyles and the living standards of ordinary citizens. They are seeking elected political representatives who do not hide behind layers and layers of inaccessibility, once elected to office.  And for that, the people of Delhi are obviously prepared to elect a relatively young political party in the AAP.

The other message in this election result is equally clear. The likes of BJP and Congress have been sternly informed in no uncertain terms that jingoism, slogans, and gimmicks will no longer fetch votes. Gone are the days of rath yatras and ‘rent-a-mob’ political rallies. The Delhi election points a direct finger at the political mannerisms of “traditional” politicians. Religious positioning and bigotry will not be sufficient to entice political emotions in citizens. The self-proclaimed political ‘demi-gods’ in the ranks of these major parties will have to give up their divinity or face political extinction.
The Indian Constitution bestows some basic rights on every citizen. For a long time, these rights have been taken for granted by the political big-wigs of the great nation of India. The people of Delhi have stepped up in these elections and have exercised their constitutional rights to convey their message – an earnest message seeking accountable and transparent governance. You cannot help but think that the rest of India is watching and will demand similar change.
Whether the AAP will deliver or not, is secondary right now. The main theme here is that traditional political practices endorsed by the established Indian political parties are becoming increasingly irrelevant. The people seek meaningful change – visible change that will benefit the ordinary citizen.
So, for a moment, leave aside what Arvind Kejriwal and his party did well in these elections. Also, leave aside where Kiran Bedi, Amit Shah, Narendra Modi and the BJP stumbled in this campaign. Forget why Congress is battling for political relevance in modern India. Let’s not debate where this election was won and lost.
Let’s congratulate and celebrate the voters of Delhi. They have exercised their vote to signal the kind of government they want. They have rejected the status quo and demanded radical change. And in doing so, they have demonstrated how a true democracy ought to function.