This is not the Narendra Modi biopic that we’ve all been waiting for. The one that shows this powerful and sincere statesman making hard decisions and taking on opponents like a lion in a jungle of craven wolves.

No. This is not even a biopic. It is a mythological saga, a passionate pauranic paean to the powerful Indian Prime Minister who took his tea-selling childhood to a glorious Himalayan summit beyond ‘Chai-na.’

Seen in that dazzling hagiographic light, this film is not so offensive. 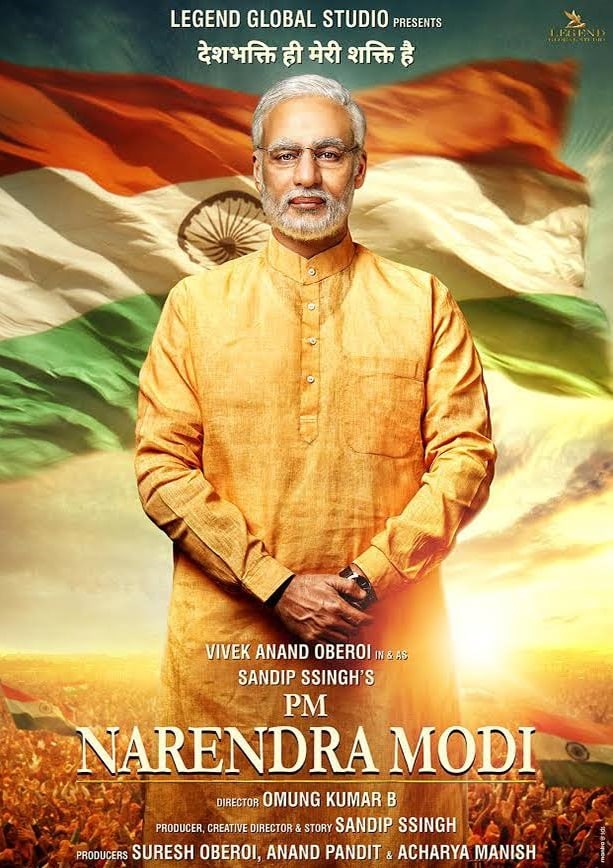 Vivek Oberoi handles the principal role with a certain amount of flair and decency. His eyes speak more than a thousand words. Lamentably, this is a film that believes in the power of verbal lamp-posts. Every self-glorifying thought that this celluloid holographic Modi feels must have a verbal counterpoint. Every rhetoric and retort, every aphorism that our PM has uttered or not uttered (the line between fact and fiction in this ersatz biopic is non-existent) is given the status of a large hoarding.

You have to be blind to miss the message. PM Narendra Modi is very clear about its agenda. And Vivek obliges with overt obsequiousness. In one sequence, he communicates on metaphysical ideas with his spiritual guru (played by Suresh Oberoi) which ends with the guru declaring his shishya ready for politics.

For a brief interlude, I thought I was watching The Karate Kid.

Tragically, Vivek is in awe of the character he plays, thereby robbing even the genuine moments, like those shared with his mother (a severely under-utilised and over-wigged Zarina Wahab) of their shine.

What shines through is the resilience of a filmmaker – far more intense than anything that PM Modi has ever attempted in his political career – to venerate the subject of the ostensible biopic. In most of the scenes, Vivek, in his role as Modi, talks. Everyone listens approvingly.

Even Amit Shah (Manoj Joshi), whose camaraderie with PM Modi is described as Jai-Veeru’s friendship from Sholay, is no more than a sounding-board for the protagonist.

The less shadowy figures are those who play negative parts, like the conniving corrupt businessman (Prashanth Narayan) who controls an even more corrupt media person (Darshan Kumaar) and manipulates monstrous lies about Modi’s intentions.

It’s always the media to blame for the negative stories about statesmen who are dedicated to building a nation. While the world conspires his downfall, Modiji stands smiling with a picture of Sardar Patel in the background.

You get the picture?

On the plus side, the film is shot with a reasonable amount of efficiency. The narration from the protagonist’s childhood to his coronation as the Prime Minister moves at a brisk, though pre-ordained, pace.

The climax at Patna’s Gandhi Maidan where Modi was saved from a terror attack gets it all wrong. But that is only to be expected in a film which isn’t overly concerned about facts as long as the central figure comes across as a flag-waving nationalist who cares only for the welfare of his country.

No one is bothered with the facts. Least of all the audience. There were loud cheers and applause in the theatre each time Vivek made a Modi-inspired speech (a National award for his travails?). And the celluloid Manmohan Singh, Sonia Gandhi and Rahul Gandhi were booed and hissed at.

Such is life in politics. No matter what the ‘sach’ in the life of a politician.

‘War’ review: Could have been named ‘Bore’

Priyanka Chopra: Looks That Could Kill