Producer Siddharth Roy Kapur will adapt it into a global series 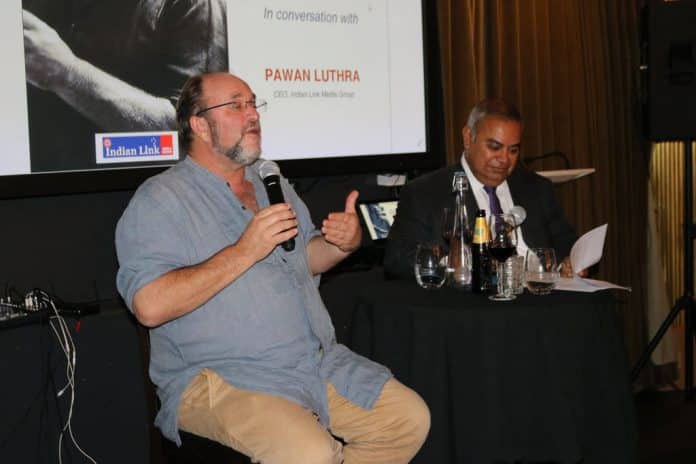 Producer Siddharth Roy Kapur has acquired rights to William Dalrymple’s historical bestseller, The Anarchy: The Relentless Rise Of The East India Company, to adapt it into a global series.

Kapur intends to put together a diverse international team of writers and show runners to create the series.

“I believe that stories that are compelling, relevant and authentic have the potential to resonate with audiences across all nationalities and cultures. William Dalrymple’s epic tale of The East India Company is one such story,” Kapur said.

He continued: “While a debate rages today around the world about the increasing power of giant corporations and powerful individuals to wield control over minds and nations, what could be more relevant to global viewers than the true story of the takeover of an entire subcontinent by a small trading company! We are delighted to be working with William to bring to life this fascinating tableau of incredible characters, each playing off the other in their quest to exercise dominion over what was then the richest subcontinent on the face of the Earth.”

Released in 2019, the book encompasses more than 200 years, covering how East India Company rose to prominence against the decline and fall of the storied Mughal Empire. The book provides a window into “how a provincial trading start-up, run by thirty people from an office only five windows wide in a nondescript London building, became rulers of an entire sub-continent; in the process establishing the richest and most powerful empire in the history of the world”. The book was listed by former US President Barack Obama as amongst his Top 10 Recommended Books of 2019.

For the series, Dalrymple is also on board as a consultant.

“I don’t think I have ever written a book more obviously crying out to be adapted than The Anarchy and I can’t think of anyone in India better to adapt it than Kapur. I’m very excited looking at the initial treatment note, talking about the various ways to bring this book alive and to bring the characters I’ve been living with over the last 6 years onto the screen, so that everyone else can see them in flesh and blood. It’s an incredibly exciting moment and I have high expectations of this project,” said the historian and award-winning author.

Dalrymple had a successful Australia tour in 2019 at JLF Adelaide as part of the OzAsia Festival, and also visited other Australian centres then, he spoke extensively about his critically acclaimed book to various audiences. At an exclusive Indian Link event, he gave away signed copies of The Anarchy to all invited guests.

Kapur has acquired screen rights of the book through his production banner Roy Kapur Films. The pre-production will start soon.

READ ALSO: Up close and personal with William Dalrymple

It’s time to get your heaters checked