Vinesh Phogat to be recommended for Khel Ratna by WF 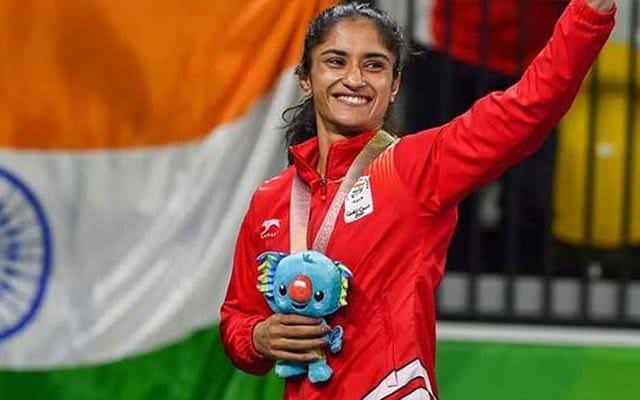 Ace wrestler Vinesh Phogat is set to be recommended by the Wrestling Federation of India (WFI) for India’s highest sporting honour the Rajiv Gandhi Khel Ratna Award. This will be the second consecutive time that the 25-year-old would be recommended for the award.

WFI President Brij Bhushan Sharan Singh will finalise the recommendations and send it to the Sports Ministry on Monday. “For the Khel Ratna, Vinesh Phogat is our sole recommendation,” WFI secretary Vinod Tomar told us on Sunday.

Vinesh Phogat was recommended for the prestigious sporting honour last year as well, alongside Bajrang Punia, but the latter ended up winning the award alongwith 2016 Paralympics silver medallist Deepa Malik. Vinesh had previously won the Arjuna Award in 2016.

Vinesh currently holds the third spot in the world rankings in the 53kg category. She qualified for the Tokyo Olympics in her first attempt by winning bronze at the 2019 Wrestling World Championships. She then started 2020 with a gold at the Rome Ranking Series and later won bronze at the 2020 Asian Championships in New Delhi. It was her second consecutive bronze in the competition having won the same in Xi’an last year.

The Sports Ministry on May 5 invited nominations for the 2020 National Sports Awards including the Rajiv Gandhi Khel Ratna Award and the Arjuna Award. The ministry has asked for nominations to be sent via e-mail in view of the coronavirus situation.

The process, which usually starts in April, has been delayed due to the pandemic. “Due to lockdown on account of the outbreak of COVID-19, hard copies of nominations are not required to be sent. Scanned copies of the nominations duly signed by the applicant/recommending authority may be sent at above mentioned email ids, before last date of submission,” said the ministry in its circular.

The ministry gave a deadline of June 3 to file the nominations.