The leaders of tomorrow 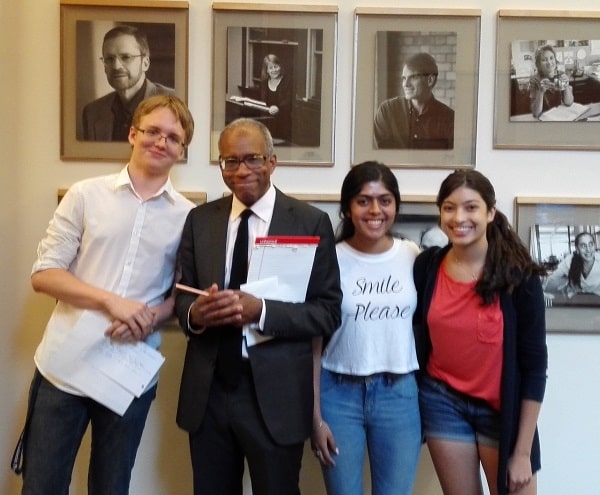 Where are you from?
Australia.
No, where are you really from?
Australia!
I have been asked this question many times in my life, with the same answer every time.
I, like many of my friends, am a third-culture kid. Third-culture kids are second-generation Australians with parents from migrant backgrounds. Us third culture kids simultaneously belong everywhere and nowhere. We grow up learning the delicate balance between maintaining our heritage and embracing our adopted country. But, I must admit, this takes its toll on our sense of identity. When someone asks where I am from, are they asking about me being from India, or Punjab, or Sydney? Does it really matter?
Many third culture kids experience this cultural limbo, where we don’t fit into a certain cookie cutter shape. Indians write us off as NRIs, who aren’t “real” Indians. On the other hand, our brown skin and lunchboxes filled with parathas disqualify us as “real” Australians. So, this leads me to question, where do I belong?
In our increasingly multicultural society, it is becoming the norm to realise that being Australian does not mean you have blonde hair and blue eyes. Rather, Australians are a diverse mix of cultures.
However, in this diverse mix, where do third-culture kids belong?
Recently, I attended a course at the most prestigious university, Harvard Law School. Here, I majored in ‘International Law’, and minored in the course of ‘Government and Politics’. Being the only Australian in this course, I had the privilege of representing our country. In my course, there were students from all continents, with representatives from South Africa, Pakistan, Spain, Lebanon, USA, Canada, Indonesia, and of course, myself from Australia.  In this course, I learnt of the restrictive international laws that govern our world. By combining the experiences of my major and my minor, and the experiences of my classmates, I was disappointed to learn that unlike Australia, many countries are becoming somewhat hostile towards multiculturalism.
With the increase of terrorism and the influx of refugees, it is clear that there is a fear of the unknown. However, this fear should not propagate in our young generation. We are the leaders of tomorrow and it is frankly quite frightening to hear the international treaties being violated and the rise of inhumane right-wing ideologies in our world. I know it is quite utopian, and to some extent naïve to hope for a world without discrimination, but as the voice of tomorrow, it is our responsibility to nurture multiculturalism.

In our course, we attended a lecture by Professor Randall Kennedy, who spoke about the rise of police brutality and the Black Lives Matter movement. Professor Randall Kennedy has taught at Harvard Law School for 33 years and has had high-profile students like both Barak and Michelle Obama. On further discussion with him, I learnt about the height of racial tensions in America, which is having a ripple effect across the globe. This can be seen in Australia in the marginalisation of Indigenous communities.
Although it was confronting learning of the rise of racial tensions globally, by representing Australia, I was pleased and proud of our unity in diversity. I will admit, we do have some thinly veiled xenophobia. However, based on our international relations, Australia is a leading example of cultural tolerance.
As the youth, we are fortunate enough to have all the tools to promote multiculturalism. We are all tech savvy. Social media is our best ally. In Australia, the rise of #illridewithyou after the Lindt Café Siege is a testament to our solidarity as a nation. By beginning at the grassroots levels, we must promote equality of all sorts – gender, race, and sexuality. Children are born free of malice. Growing up introduces children to hate and discrimination. It is time to take these ugly behaviours out of our lives for good. Rather than simply legislative reform, we need social reform.
We need to aim for a world where being black does not mean that you have a target on your head, being transgender does not mean that you are denied of basic facilities like bathrooms, being female does not mean that we get paid less. As a young brown female, I understand the discrimination faced by others. However, the most we do about this, is talk. Talking is not going to change anything. Glass ceilings remain rock solid. Aboriginal children remain ostracized. There has been enough talking. It is now time for action.
Going back to my initial lament about third-culture kids, by studying International Law, I realised that I have been mislabelling third-culture kids. We are not in any sort of cultural limbo. We are not third-culture kids. We are global citizens. Being of Indian descent yet Australian nationality gives my peers and I the power to be able to merge two cultures and embrace the benefits of both countries. As the leaders of tomorrow, we must showcase and build our international relations and increase tolerance to minorities.
In conclusion, I think the idea of a discrimination-free world is not utopian or naïve. It is in our hands. It is our future.