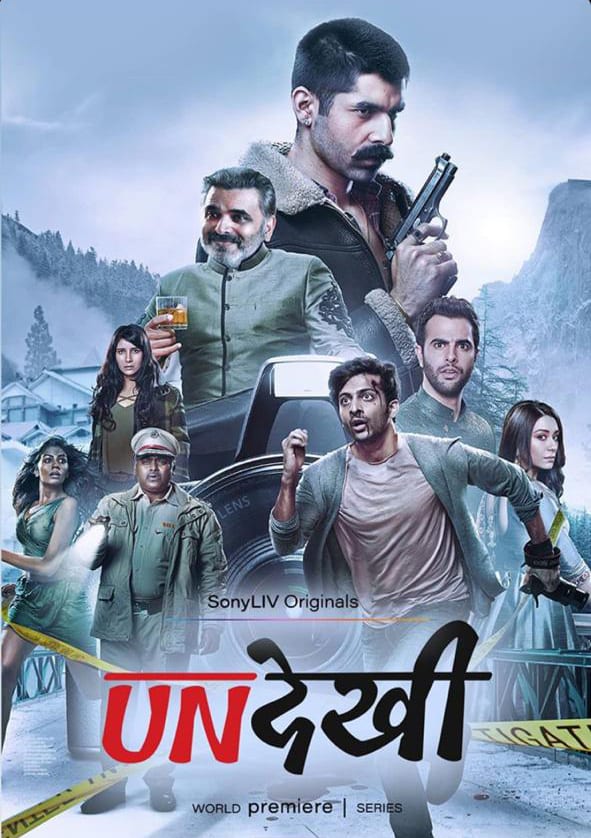 The crime drama must be among genres that have benefitted the most with the advent of OTT in India, what with filmmakers pushing the envelope as never before. Undekhi does not explore any unusual crime, but the execution of plot over 10 episodes makes for an engaging watch.

Series creator Siddharth Sengupta was operating with very basic ingredients. A crime is committed in full view. The perpetrator gets away because he is a powerful man. There is a cop on the trail, and the victims are hapless underdogs. And good will always find a way to outwit evil.

Sengupta and his co-writers (Varun Badola, Umesh Padalkar and Mohinder Pratap Singh) give a brief backgrounder, opening their story in Bengal’s Sunderbans area, with a gruesome murder. The victim is a police officer. The suspects, it emerges, could be a couple of tribal girls and the local DSP Barun Ghosh (Dibyendu Bhattacharya) is soon on their trail.

Meanwhile, the girls are in Manali. They are professional dancers who have travelled all the way to Himachal Pradesh to perform at a wedding of the super-rich and powerful. The groom’s Papaji (Harsh Chhaya) in a fit of drunken excitement shoots one of the girls. The body is disposed of by Papaji’s foster son Rinku (Surya Sharma), also a local goon of sorts.

Suddenly the other girl finds herself in peril. On the run from the murderous clan, the girl (Apeksha Porwal) is also being hunted by DSP Ghosh, who is adamant to take her back alive to Bengal, where the cop killing took place.

The screenplay sets up that premise crisply and early, leaving most of nine episodes to explore how the suspense pans out. Creator Sengupta and series director Ashish R. Shukla maintain an undercurrent sense of unease as the story builds up. The treatment works well, rendering an ominous appeal to the gorgeous Manali locales.

The series derives much of its intrigue from the contrast between Dibyendu Bhattacharya’s DSP Barun Ghosh and Surya Sharma’s Rinku.

Ghosh is no archetypal cop hero. He doesn’t spew fiery lines or throw haughty attitude. He is mild-mannered, hums Hemant Kumar and RD Burman, doesn’t give a damn about the odd insult coming his way. He just wants to get his job done. He bears a sense of assuredness about the power that comes with his uniform and rank, and yet isn’t too keen to flaunt it.

Surya Kumar’s Rinku on the other hand wears his power on his sleeve, typified by the sort of machismo that would seem obsolete in a more civilised world that is far removed from the turf where he reigns, where wealth and feudalism blatantly tower above all.

Fathoming these two individuals becomes important to understand the law and lawlessness that define the crux of this story, beyond the obvious plot.

Sure, there are the flaws. Harsh Chhaya in the key role of Papaji, despite going full steam with histrionics, surprisingly ends up rendering a ham show. He clearly overacts in his bid to become the ever-smiling (sneering?), hard-cussing patriarch.

The show itself has moments of weak writing that stand out sorely. A heroic turn in the end by the young bride Teji (Anchal Singh) could seem too filmi to be true. A camera team that lands from the city to film the wedding becomes vital to plot progression at one point, before being rendered superfluous to the storyline. Also, the pace slows down in the middle episodes.

Still, Undekhi ends on a high note, leaving enough sparks to make us wait with anticipation for season two. There is still ample exciting story still left to be told here.