A wonderful film they forgot to promote, writes VINAYAK CHAKRAVORTY 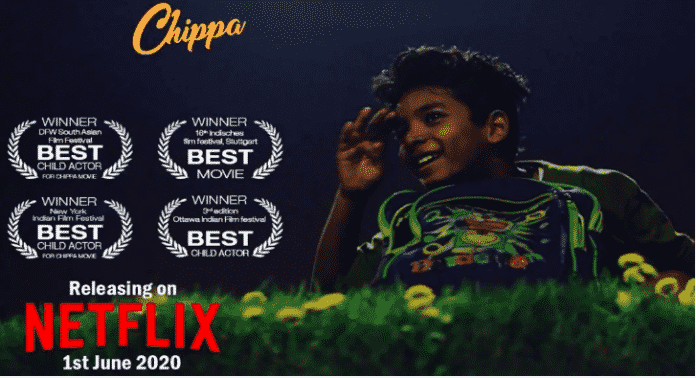 For those of you who remember little Sunny Pawar in the 2016 film Lion (he played Dev Patel’s younger on-screen self), the young actor is back with another magnificent act in Chippa, a watchable effort that inexplicably comes with zero hype. For a quick reckoner, Chippa is a small film that went to a few big festivals before landing up in a tiny, inconspicuous corner of the ever-burgeoning OTT space.

Sunny plays Chippa, a street-smart 10-year-old in Kolkata, who stays and works on the pavements with his samosa-seller grand-aunt (Mala Mukherjee). On his birthday, the grand-aunt hands him a letter his father left him. Chippa would love to know what’s written, except that he cannot read Urdu.

Along with the letter, Chippa gets a purpose in life. He must find somebody who can read Urdu, and hence narrate the letter’s content. So, one night, he decides to run away and locate such a person.

The core idea that a little boy from the streets finds hope in a letter he cannot read gives the film an engaging plot. Debutant writer-director Safdar Rahman keeps it simple narrating Chippa’s adventure as he sets off exploring the city by night. This is a Kolkata that never sleeps – where neon dazzle cohabits with the dark underbelly in the late hours. Rahman leaves an understated impact as he walks us through this unconventional portrait of Kolkata along with Chippa

Yet, Chippa never probes too deep. It prefers to stay a coming-of-age story about the will of a little boy to triumph against all odds, to accomplish his goal. The boy’s encounters with the sundry strangers he meets are fascinating – indeed, the city itself becomes a character, silently witnessing the little boys’ capers as they unfold.

The narrative sets up a tale of hope, despite the dreary backdrop Chippa hails from. There is a warmth about his story, though the film does not necessarily draw the desired nuances from its promising plot. Somehow, Chippa remains a feel-good, unidimensional exercise.

The film’s triumph lies in the casting of Sunny Pawar in the central role, primarily. As the boy with inexhaustible spunk, young Sunny lives out his role with admirable assuredness. With Chippa holding centrestage, most of the grown-up cast gets limited scope to excel, though Chandan Roy Sanyal, Mala Mukherjee and Ronjini Chakraborty are in fine form.
For all its feel-good limitations,

Chippa still is one of the better films Netflix have released this year. Pity, they forgot to promote it.