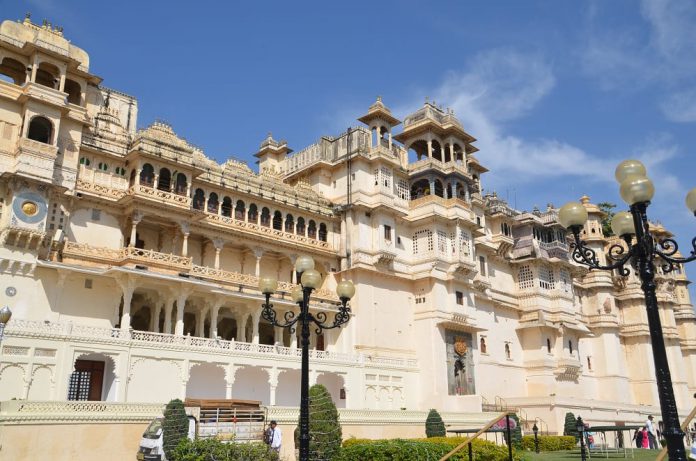 Since the outbreak of the coronavirus, actual travel has ceased – but wishful thinking never hurt anyone. Travel restrictions have made this the ideal time to research and develop a travel bucket list on where to go once the pandemic passes.

One destination from my own bucket list is India’s desert state, Rajasthan.

Formerly known as Rajaputana or ‘Land of the Kings’, Rajasthan is famous for its royal flavours that largely radiate from the legacies of two prominent kingdoms – Mewar and Marwar.

To an outsider, they may seem synonymous, but in reality, there are lots of differences in culture, tradition, cuisine and etiquettes. Both have the typical Rajput warrior background, but some Mewari clans are very strong in art while Marwari groups, particularly the traders, are robust businessmen like the Birlas, Goenkas, Bajajs, and Jindals.

The remains of their kingdoms are hilltop forts, lakeside palaces and grand temples that punctuate the horizon in almost every direction – and these are Rajasthan’s key tourist attractions today.

If you are a first-time visitor, here’s your ‘must-visit’ list for the top Mewar and Marwar memoirs.

Edging the tranquil waters of manmade Lake Pichola, the palace has been the home of the Mewar Kings since the 16th century. It was built during the remain of Udai Singh II, after whom the settlement of Udaipur gets its name. A large part of the palace is the museum that showcases many ‘mahals’ (or quarters) and intricate artwork. Another palace of attention is the palace in the middle of the lake, now a luxury hotel by the Taj Group.

It’s said that devotees congregate and pray at this 17th century Vishnu temple exactly as they did during the heyday of the Mewar era. The exterior and the plinth of this majestic temple is covered with artistic figures of horses, elephants and celestial musicians.

Chittorgarh was the capital of Mewar before the city of Udaipur. Standing on the top of a 600 foot-tall hill, the fortress wraps an area of nearly 700 hectares. It is India’s largest citadel area-wise. Chittorgarh Fort commemorates the ‘johar’ (self-immolation) of Rana Pratap and his queens when they were attacked by the Mughals.

A little-known fact about this hilltop Mewar bastion is that it is the second longest stone wall after the Great Wall of China, stretching over 35 kilometres. It was built by Rana Kumbha in the 15th century and comprises of Hindu and Jain temples inside.

Located inside an enchanting valley in the Aravalli hill range, this 15th century Jain Temple was built during the reign of Rana Kumbha. It is made entirely of marble and acclaimed for its intricate artwork and carvings. Its artwork features the fusion of contemporary religion, mythology, art, power and science beliefs of the time.

If Udaipur is known as the hub of Mewar, then the ‘Blue City’ Jodhpur is its Marwar counterpart. The expansive Mehrangarh Fort is the city’s biggest lure. Filled with history and heroic tales of the Mewars, this battlement is guarded by walls with seven distinct gates for entry. It was built by the Mewar King Rao Jodha in the 15th century.

Regarded as one of the world’s largest private residence, this Jodhpuri palace has three separate wings. One wing is the home of the current royals and another has been transformed to a royal museum open to the public. The last wing has become a luxury hotel run by the Taj Group, believed to be one of the best luxury hotels in the world.

Bikaner is famous among Indians for its savouries treats, but the city has another major attraction. Junagarh Fort, Bikaner’s 15th century fortress, has remained one of the kingdom’s unconquered forts. It’s seen as a bastion for perseverance while remaining an architectural marvel.

While Rajasthan’s capital city Jaipur is called the ‘Pink City’ and Jodhpur dubbed the ‘Blue City’, Jaisalmer is called the ‘Golden City’. This is because its constructions, including a massive 800-year-old fortress, has been built with yellow stones. In the sun, they even glitter and are a sight to behold.

Getting There Singapore Airlines offers flights via Singapore to many Indian cities. From there, Indigo and SpiceJet offer good connects to Udaipur, Jodhpur and Jaisalmer.

Stay Some affordable heritage accommodation choices are Karohi Haveli in Udaipur, Pal Haveli in Jodhpur, and Sonaar Haveli in Jaisalmer.