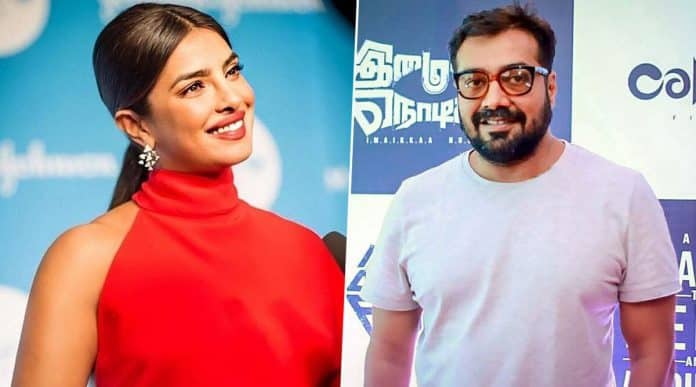 Actress Priyanka Chopra and filmmaker Anurag Kashyap are among global celebrities who have been invited to be ambassadors of the 45th Toronto International Film Festival, slated to take place from September 10 to 19.

“Throughout my career @TIFF_NET has been a second home for me, with many of my films, as both an actor and producer, making their world debut at the festival,” Priyanka tweeted with a video with moments of her journey with TIFF. Even more than that, one of the most exceptional parts of the festival are the fans of cinema who congregate to celebrate the magic of the movies, and who have always embraced me with so much warmth and love. I am very proud to serve as an ambassador this year, and I look forward to continuing a relationship that I value tremendously.”

Amid the pandemic, the fest will have physical screenings and drive-ins, digital screenings, virtual red carpets and press conferences.

“The pandemic has hit TIFF hard, but we’ve responded by going back to our original inspiration — to bring the very best in film to the broadest possible audience,” said Cameron Bailey, Artistic Director and Co-Head, TIFF, in a statement.

“Our teams have had to rethink everything, and open our minds to new ideas. In countless video calls over the past three months we have rebuilt our Festival for 2020 drawing on our five decades of commitment to strong curation, support for filmmakers, and engagement with audiences. We have listened to this year’s urgent calls for greater representation of under-represented voices. You’ll see that this year at the Festival. And we have watched as audiences have embraced cinema’s ability to transport them through screens of all sizes. You’ll see that too. We’re excited to present thoughtful, high-impact programming this September that reflects our belief that there’s no stopping great storytelling,” Bailey added.