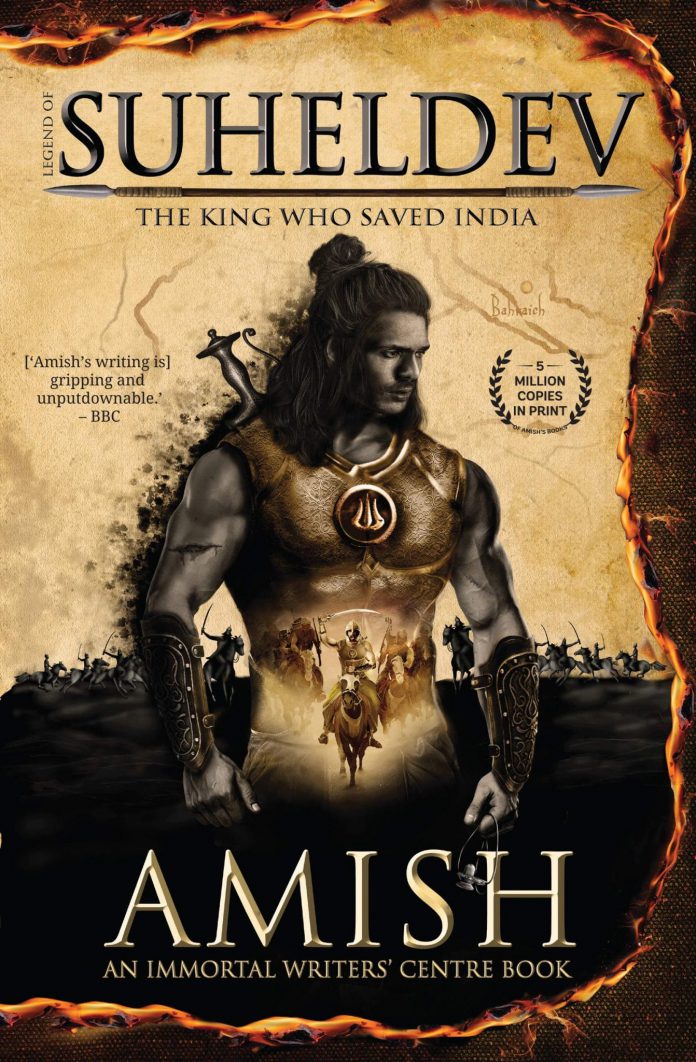 In what is set to enthuse his readers, bestselling author and now director of London’s Nehru Centre, Amish Tripathi launched his new book Legend of Suheldev: The King Who Saved India (Westland Publications) in late June 2020.

Set in 11th century India, Legend of Suheldev begins with the shattering invasion of Mahmud of Ghazni, and his Turkic hordes, as they destroy the holy Somnath Temple, dedicated to Lord Shiva. The book then traces the epic adventure and inspiring legend of the warrior-hero King Suheldev, as he unites Indians across religions, castes, and regions, under his leadership, and mounts a fierce resistance against the foreign invaders. It all culminates in the magnificent Battle of Bahraich, where King Suheldev destroys the Turkic army down to the last man.

According to the publisher, this is the story of a hero, who fights to defend the motherland, making huge personal sacrifices, displaying glorious leadership, and courage beyond compare. “The Turkic hordes were the most brutal global invaders in human history, destroying much of Eastern Europe, the Arab world, and the Far-east. But their conquest was stopped in India by King Suheldev, and the nation enjoyed 150 years of peace and respite from these foreign invaders, after the Battle of Bahraich,” Westland said in a statement.

“The idea behind writing Legend of Suheldev, was to bring to national consciousness an inspiring story that has been ignored in the pages of Indian history,” Tripathi said of his book. “A story that has particular relevance today, it is the story of a king who united men and women of the nation, irrespective of their religion, caste, region, or status in society. An epic adventure, and an inspiring tale of unity, the message of King Suheldev echoes across the chasm of time: when we Indians are united, we are unbeatable.”

This is also Amish’s first book under the Immortal Writers’ Centre, a team of exceptional writers assisting Amish in conducting research and preparing first drafts. The story idea comes from Amish: he writes the detailed summary, then the Writer’s Centre works up a draft which he finalises, the publisher said.

The Immortals of Meluha author is currently writing the fourth book of the popular Ram Chandra series, the sequel to Raavan – Enemy of Aryavarta.

READ ALSO: Amish Tripathi: Writer who is making mythology ‘cool’, one novel at a time