Guard of honour for Dr Velu 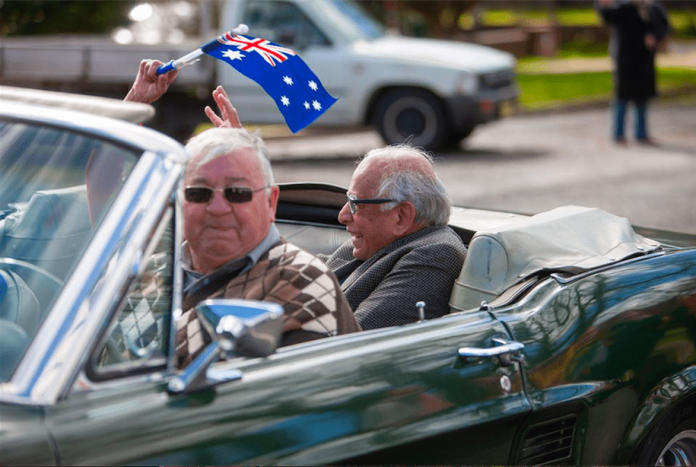 At a time when polarisation and otherness have come to dominate so much of our social discourse, the story of Crookwell’s Dr Velu warms the heart for its inclusiveness and acceptance.

This week, as Dr Velu retired after 45 years of service at NSW’s Crookwell District Hospital, he agreed to attend a farewell lunch organised by colleagues.

Pleasantly surprised as a convertible arrived to pick him and his wife Chandra, he couldn’t have guessed there was much more than lunch waiting for him.

The drive down the city’s main street will be one he and his family will remember for the rest of their lives.

Townspeople lined the street to felicitate him, thanking a man who cared for them for most of his career as a doctor.

“He delivered half the town as babies, saved countless lives, and held the hand of so many as they have passed,” said an ABC report that has gone viral in Australia’s Indian community.

“I didn’t know what to say,” Dr Velu told Indian Link. “I was overwhelmed, embarrassed even. I felt like I was in a dream.”

The grand send-off was organised by a ‘committee’ of colleagues from the medical fraternity.

“I’ve known them all for many years, but they kept the ‘operation’ a secret,” he laughed.

The event was two to three months in the making, he would learn later.

Police and local council approvals were sought to have the main street kept clear; businesses were alerted, and notices sent out in the shopping bags at the local IGA and in letterbox drops.

The response was enormous. Grateful locals came out with placards, and the three schools along the route had the kids lined up at the fence, cheering and waving.

“Small towns are like that,” mused Dr Velu. “People are affectionate, the community spirit is strong.”

He recalled the time when another local hero was similarly felicitated, Hockeyroos Emily Smith and Kellie Miller after leading their team to a Commonwealth Gold.

Dr Ramaswamy Thangavelu arrived in Australia in 1970 from Tamil Nadu in India to take up a position as surgeon at Lockhart in NSW’s Riverina region.

“The special plane that brought me to the town, landed in the paddock,” he remembered with fondness.

Five years later, he moved to Crookwell near Goulburn to work at the District Hospital, at the behest of the hospital’s anesthetist Dr Krishnan. Together they performed surgeries for four decades.

(An Erode lad, he took his medical degree from Chennai Medical College and a Master’s in Surgery from Stanley Medical College Chennai, where he also worked briefly as Associate Professor of Surgery.)

“To new migrants, I would say, try living and working in the country,” Dr Velu advised. “Your services will be welcome and appreciated in the small towns. You’ll become part of the community and experience the true spirit of what it is to be Australian.”

He took a moment to thank his wife Chandra, who manages the surgery where he will continue to work as a GP. “Chandra has put up with me very patiently – even when I worked 24 hours a day in the early years. She’s well integrated in the community here, involved in many activities.”

Their daughter Veena came in from Melbourne for the occasion, and son Visu arrived from Sydney with his wife Vanitha and kids Roshan and Shiva. Veena said later, “I’m really proud of my parents, and so very touched by this outpouring of love.”

As for Dr Velu himself, he concluded with humility, “I don’t think I did anything extraordinary – I just love my work.”