Fighting climate change, one cell at a time

USYD’s Amrit Sethi researches hydrogen fuel cells, a clean source of energy that could one day replace your car engine. 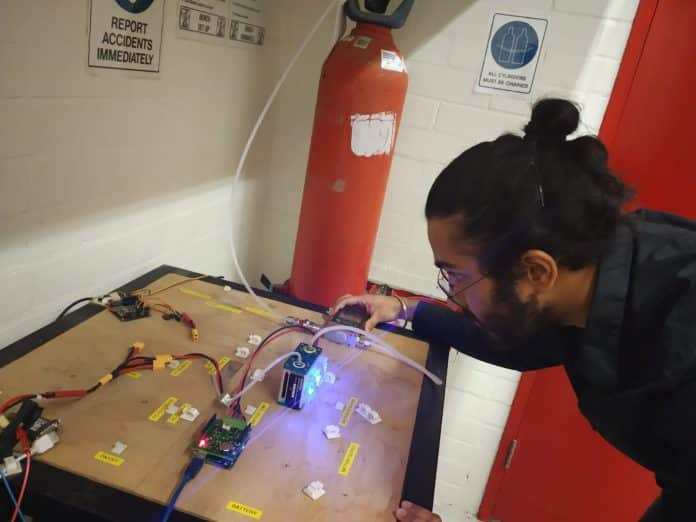 There’s a reason why a wave of climate strikes took over the globe in 2019: climate change is a burning issue (no pun intended) for most millennials. It’s no surprise, then, that today’s young researchers are also making clean sources of energy their top goal.

“I’ve always wanted to make a difference. Climate change is a global issue,” said Amrit Sethi, a PhD candidate in Aerospace Engineering at the University of Sydney. “After my undergrad in mechatronic engineering, I wanted to work in a field where I could make an impact.”

The 25-year-old student researches hydrogen fuel cells, a clean source of energy, with the hopes that this kind of technology can eventually replace car engines and the need for fossil fuels.

“I’m working with hydrogen fuel cells, which are basically devices that take in hydrogen gas and oxygen to generate electricity. The only by-product is water, there are no pollutants,” he told Indian Link.

“The issue right now with hydrogen fuel cells is that they cost a lot and they don’t last as long. The cheapest way to get hydrogen gas is from fossil fuels, but that’s counterintuitive. The more expensive process is to break down water which is made from hydrogen and oxygen. There’s also the cost of storing hydrogen safely, since it’s a flammable gas.”

Under the supervision of Dr Dries Verstraete, his research explores strategies to extend the life of these hydrogen fuel cells specifically through machine learning and justify its higher cost.

These fuel cells are already being explored for practical purposes, such as the Toyota Mirai which is widely touted as one of the first fuel cell vehicles (FCV) to be sold commercially.

“It’s hard to have a specific deadline on when hydrogen fuel cells will be ubiquitous in cars, but we’re on that path for change. I think we’d start seeing them a lot more in the next 10-15 years,” Sethi said.

However, there’s often a trade-off between ‘environmentally friendly’ and ‘commercially viable’ and the USYD student acknowledges that cars like the Toyota Mirai are a bit more expensive than the average vehicle.

“There are high initial capital costs associated with new technology – and in transitioning to new technology. Take the example of providing gas stations with hydrogen gas for cars run by these fuel cells. A lot of research, including mine, is focused on bringing down the cost,” he explained.

His research aside, he noted that some of the most basic steps towards fighting climate change can make an impact on an individual level.

“Consider the usual stuff we discuss about conserving energy at home, like switching off lights when you leave a room and switching off electrical appliances not in use,” he said. “Politically, make the right decisions when you vote.”

Originally hailing from Delhi, Sethi had lived in over six different countries before moving to Australia in 2011 and he looks positively at India’s progress towards fighting climate change.

“I think India is pretty proactive in terms of addressing climate change because it’s one of the countries now suffering the consequences of it. We see shifts in weather patterns and pollution. I’m from Delhi, and sometimes it’s hard to step outside because of the air pollution,” he admitted. “India recognizes that climate change and global warming is a big issue and from what I’ve heard, there’s a lot of research coming from India towards clean energy sources.”

Although the pandemic did reduce the momentum of his research, Sethi is excited to get back into laboratory and continue his journey into hydrogen fuel cells.

“During the orientation of my undergraduate degree, one of my professors told me: ‘You want to go into a career that makes you want to wake up on a Monday morning’. You’ve really got to be passionate about what you’re doing,” he said cheerfully.