Coronavirus spike: why getting people to follow restrictions is harder the second time around 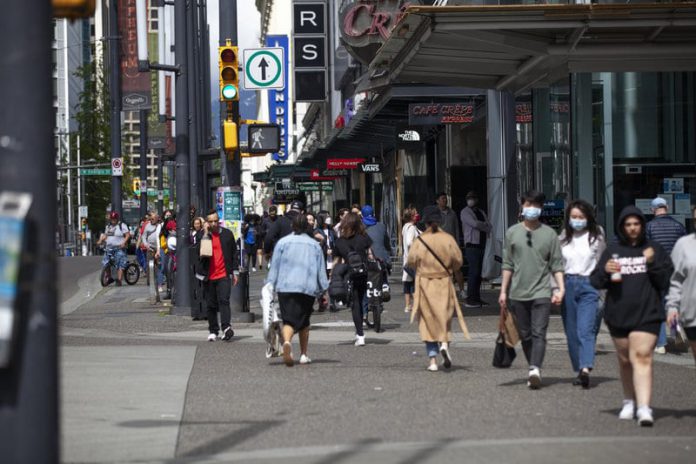 With residents in ten Melbourne postcodes banned from non-essential travel until at least July 29, the need for continued vigilance is clear.

Across Victoria, the ongoing spike in coronavirus cases means a range of restrictions are still in place, yet for people outside the worst-affected areas these restrictions may seem more like guidelines than rules.

There may be many different interpretations of the reinstated restrictions. Also, having been granted some freedoms after the initial lockdown period, people will be reluctant to go back.

Together, this makes compliance even more difficult to enforce. During the initial stages of lockdown in April, we carried out a survey to find out what factors motivated public attitudes towards compliance. Our findings will be particularly pertinent in the coming weeks.

Should I stay or should I go?

You could be forgiven for feeling like the messaging around coronavirus restrictions has been mixed.

Even during early lockdown, when there was less confusion about what constituted non-compliance, people were either misunderstanding or flouting the rules. Police issued thousands of infringement notices around the country.

To what extent can we now “trust” Australians to comply with the latest advice from health authorities? Will complacency creep in? Early evidence in Victoria suggests this is a fragile situation.

Even before mass protests for the Black Lives Matter movement, there was a great deal of commentary regarding the public’s compliance during the early stages of the pandemic.

In response, our team at the Griffith Criminology Institute carried out a nationwide survey) of 1,595 Australians.

The rate of non-compliance with restrictions increased as time passed.

The research also examined factors that predicted who was most likely to comply with restrictions.

The two primary predictors were feelings of “duty to obey the government” and “personal morality”. Simply, people were most compliant if they felt a stronger duty to obey government instructions, and if they thought it was morally wrong to flout the rules. These findings suggest social norms, rather than fear of COVID-19, motivated compliance the most.

The findings also revealed age and gender both had a bearing, with older participants and women being more likely to comply.

Those who perceived a greater health risk from Coronavirus were also more willing to follow the rules, as well as those who felt there was a higher risk of being caught and fined for breaking them. However, these factors were nowhere near as important as feelings of duty to obey or personal morality.

What does this mean for the future?

Compared with the rest of the world, Australia has had early success in controlling the COVID-19 outbreak. A major reason for this has been people’s willingness to observe restrictions.

But ensuring continued compliance with measures that limit personal liberties is a tenuous game. Australia has so far had few instances of community transmission, and this knowledge may make people complacent.

During the H1N1 (swine flu) pandemic of 2009, UK researchers found a majority of people surveyed were negligent about social distancing measures. Only 26% reported feeling anxious about contracting the disease, and 72% said they had not adopted the recommended hygiene measures such as hand washing.

Moreover, only 5% said they avoided large crowds or public transport during the pandemic. And those not adhering to social distancing requirements also tended to think the outbreak had been purposely exaggerated by authorities.

Is enforcement the answer?

Simply, no. It’s hard to enforce compliance with personal hygiene habits, and it’s almost impossible to detect people who leave their house when unwell.

Therefore, as uncertainty spreads among Victorians, authorities should focus on educating citizens and reminding them of Coronavirus’s potential dangers. Given the highly infectious nature of the virus, even minor transgressions could have disastrous consequences. It’s too soon to “relax”.

Importantly, the best strategy would be to persuade citizens it’s their moral responsibility to follow the rules, as this will help protect the most vulnerable among us.

To an extent we’re already seeing this, as businesses encourage patrons to use hand sanitiser before entering stores, set limits on the number of people allowed inside and remind patrons to maintain their distance.

A helpful tactic may be to remind the public to regularly ask friends and family to maintain their personal hygiene, and restrict their movements when possible. It’s important to reiterate we are “all in this together”. It may also help if businesses are more motivated to work closely with authorities.

That said, effectively marketing “moral responsibility” will likely prove a public relations challenge, involving a fine balance between citizens’ freedom with state mechanisms for compliance. Only time will tell whether we can pull this off and keep COVID-19 transmission under control.

Harley Williamson is a PhD candidate at Griffith University.

Jennifer Boddy is an Associate Professor and Deputy Head of School (Learning and Teaching) at Griffith University.

Patrick O’Leary is a Professor and Director of Violence Research and Prevention Program, Griffith Criminology Institute and School of Human Services and Social Work at Griffith University.