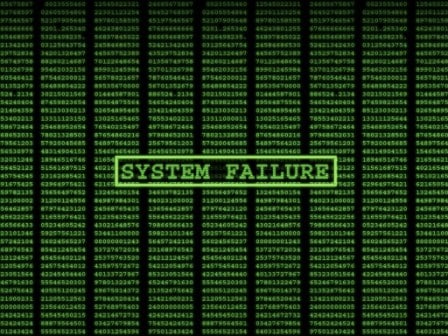 Many readers, especially those who work in IT, may remember a little thing called Stuxnet. This word has had the ability since June 2010 to strike fear into the heart of any IT professional, and it doesn’t show any signs of going away any time soon. This is one computer worm that just refuses to die.
There are many theories about this little worm that has taken the cyber world by storm (and not in a good way). Who discovered the worm, the real intention for its creation, and most importantly, who created it, are all questions waiting to be answered.
For those who are not up-to-date with the latest in technology, Stuxnet can be thought of as a piece of coding that has been created for malicious intent to damage or corrupt another computer (also called malware). This virus spreads from one computer to another (mainly through the internet), carrying the infection. Although viruses are created on a day-to-day basis, this one is in a league of its own, having changed the whole meaning of malware and its goals.
However, Stuxnet is not targeted to disrupting home or office computers, so there’s no need to panic just yet. The most common belief is that Stuxnet is intended for something far nastier. There’s speculation that the creation of Stuxnet was funded by the US and Israel, in order to disrupt Iran’s nuclear ambitions. Both countries have motivations to stop Iran going nuclear, to maintain regional balance and so on.
Stuxnet spreads via Microsoft Windows targetting Siemens industrial software and equipment. It is sophisticated as it can spread without the use of the internet, with network shares or USB sticks being enough to help it proliferate. What is even more alarming however, is Stuxnet’s stealth and how well it has been created. At first the worm targets Microsoft Windows, before seeking out Siemens Step7 software, which is used to program industrial control systems that operate equipment like centrifuges. To explain briefly, centrifuges are equipment that are used in nuclear plants for uranium enrichment processes, along with other industries (including medical laboratories). Once Stuxnet is inside the system, it compromises the controllers in nuclear facilities, causing them to spin to failure. This causes disruptions, leading to delays in the uranium enrichment process, ultimately stalls nuclear processes.
Although it is not clear who is behind the creation of the worm, what is clear is that around  60% of infections occur in Iran, according to Symantec. German researcher Ralph Langner speculates that the Bushehr nuclear plant in Iran could be the target because it is believed to run the Siemens software,. Also targeted is the uranium centrifuges in Natanz, which is a primary location of Iran’s nuclear enrichment program.
Iran previously refuted that there was damage caused by this virus, however Iran’s president Mahmoud Ahmadinejad said during a press conference that Stuxnet “managed to create problems for a limited number of our centrifuges but then problems were resolved”. Whether Iran admits to the damage, and delays that have been caused by Stuxnet or not, Siemens says it has infected at least 14 plants. Company spokesman Simon Wieland says, “We detected the virus in control systems at 14 plants in operation but without any malfunction of process and production and without any damage”. Although the work that went into creating Stuxnet was monumental, the report by the Institute for Science and International Security (ISIS) ultimately concludes that its effect on Iran’s nuclear program was moderate.
These days more and more industrial plants,  including nuclear power plants, water dams, power grids, railway networks, air traffic, and defence systems, are controlled by software and hardware controllers, which can be subject to failure at any point. Whether the reason behind the failure of any such system is man-made or not, the results can be dire and catastrophic. Stuxnet is a classic case of cyber warfare of modern digital era, that requires further analysis. Experts further believe that Stuxnet required the largest and costliest development effort in malware history.
Symantec statistics also say that India hasn’t been immune to the infection from this virus, as 10% of infections are located there. This goes to show that malwares taking control of critical facilities and equipment anywhere in the world is not sci-fi fiction like Star Wars anymore, but a reality. Countries like India need to prepare themselves for this new front, as future battles with hostile enemies are not going to be limited to the desserts of Rajasthan, or the mountain ranges of the Himalayas. Nations can now be crippled by highly sophisticated viruses like Stuxnet, without firing a single bullet, or dispatching a single missile.