Borders will be shut from midnight on 7 July. 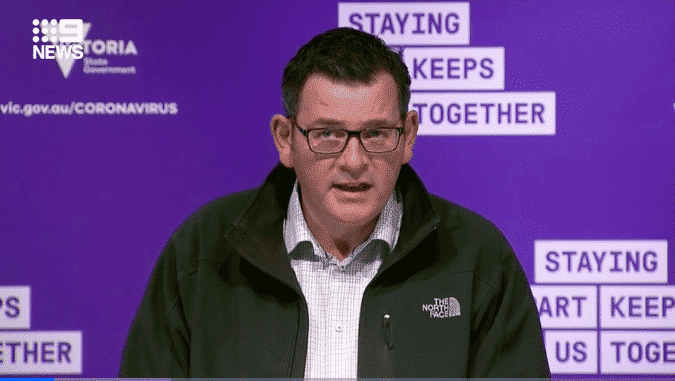 In a recent press conference, Victorian Premier Daniel Andrews and NSW Premier Gladys Berejiklian have announced border closures between the states of New South Wales and Victoria due to a rise in cases in the southern state.

The borders will be shut from midnight on 7 July and its closure will be enforced on the NSW side.

“The best thing to do is to close the border. That closure will be enforced on the New South Wales side, so as not to be a drain on resources that are very much focused on fighting the virus right now across our State,” Andrews explained. “It is one of those things that I think will help us in broader terms contain the spread of the virus.”

All of Melbourne will be considered a coronavirus hotspot, according to NSW public health orders.

As per a joint decision between Andrews, Berejiklian, and Prime Minister Scott Morrison, permits will be available for those who need to travel between the two states.

“There will always be exemptions, so we do anticipate there will be some flights and passenger trains,” Berejiklian said.

Applications for permits will be available from 7 July through Service NSW and will be needed by people living in border communities like Albury-Wodonga or by essential workers.

The Premier has expressed that the border closures do not have a set timeframe and will be dependent on health advice.

“We must remain flexible throughout this ongoing pandemic and adjust our strategies as the threat grows and recedes,” said Hazzard. “This is not the first spike and it is unlikely to be the last.”

This announcement comes after Victoria recorded over 180 new cases over the weekend and had locked down nine public housing estates in Melbourne due to the outbreak. While people in other Melbourne suburbs are allowed to leave home for work or education, medical care or caregiving, exercise, or shopping for supplies, those in locked down areas will not be allowed to leave their residence for any reason.

“We are extremely concerned that there are many hundreds of people in these towers who have already been exposed to the cases that we’ve found and possibly to cases that exist and that we haven’t found,” Deputy Chief Health Officer Annaliese van Diemen had said.

Melbourne’s lockdown is expected to last between five to 14 days.

READ ALSO: Coronavirus spike: why getting people to follow restrictions is harder the second time around