All in a day’s play 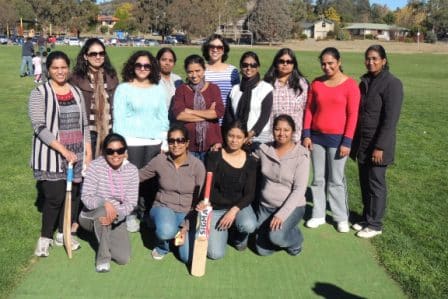 The Australian Tamil Cultural Society (ATCS) celebrated the annual sports day at the Chapman Oval in Canberra on Saturday 25 May. The sports day forms one of the major events that the society celebrates as part of its agenda to bring the Tamil community in Canberra together.
Like every year, this year’s event had an impressive line-up of activities. Competitive events included running, cycling, lemon and spoon races and cricket for both the ladies and the men. Finally, there was a cook-off between the men, judged by the ladies, which significantly boosted the entertainment factor.
Anyone who has ever lived in Canberra will understand the difficulty of playing sports in winter. The day started off with a typical winter fog with the temperature in the negatives and some of us feared the worst. But then, the sun gloriously came out,  which brought such a cheer into the players.
It was a fun filled day, especially for the children who are ever so enthusiastic to run around. To do it competitively was secondary, mere participation brought smiles to their faces. Ladies too, rejoiced in their sporting abilities. Starting with the lemon and spoon race, the ladies triumphed with cricket, driving the ball in all corners. The men showed their prowess with cooking, which added a different dimension to the physical event. The day concluded with the men’s cricket match which went through several rounds before deciding on the winners.
ATCS was founded in 1991 as a society for all Tamil speaking people in Canberra to come together and celebrate the Tamil culture. It has a significant number of members and growing. Currently, the ATCS runs several programs such as cultural events and a Tamil language school, the Chennai Tamil School. There is a website in the making and a Facebook page for the members to mingle freely and express themselves.
Sport is often over-looked by the cultural societies, who in their zeal to inculcate culture among the new generation are very focussed on dancing, singing and language. ATCS committee members recognise that a healthy mind is preceded by a healthy body. The sports day was a successful attempt to build a more cohesive community that likes to work and play together.