In a lengthy statement, she said she "felt embarrassed about Indian culture being abused for profit.” 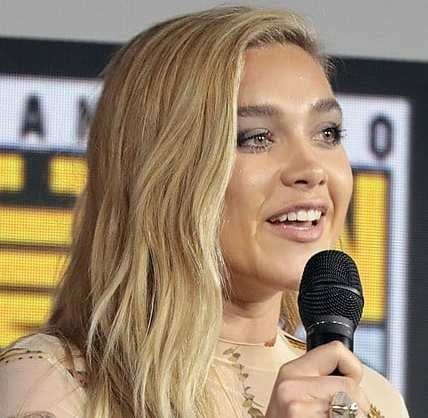 Actress Florence Pugh, who has starred in Little Women and Black Widow, has apologised for cultural appropriation in the past. The confession came as part of a lengthy statement on her Instagram.

Acknowledging the “tidal wave of information” she had been “unaware of” until recently, the actress said she had spent the past month reflecting on her mistakes and learning for the better.

“I’ve read, listened, signed, donated, read again, ssh’d my white fragility and really wanted to trace instances in my life where I have been guilty. One part I have identified in my own actions is cultural appropriation,” Pugh wrote.

As a child she had “befriended an Indian shop owner”, who “would gift (her) things” and “share her culture”. Pugh confessed she grew up being “obsessed” with henna.

“Over the summer of 2017, Bindis and henna became a trend. Every top high street shop was selling their reimagined versions of this culture. No one cared about the origin, a culture was being abused for profit. I felt embarrassed. I felt sadness for the small family-run Indian shops all over the country, seeing their culture and religion cheapened everywhere,” she recalled.

Pugh initially thought that because she had been introduced to Indian culture differently, she was exempt from blame. She went on to realize that she “actually wasn’t being respectful” either.

“I wore this culture on my terms only, to parties, at dinner. I too was disrespecting the beauty of the religion that had been taught to me those years ago,” she wrote.

The English actress shared that she first heard the term ‘cultural appropriation‘ when she was 18 years old. It was after asking a friend if they liked her hairstyle of cornrows.

“She began to explain to me what cultural appropriation was, the history and heartbreak over how when Black girls do it they’re mocked and judged, but when white girls do it, it’s only then perceived as cool,” Pugh said.

While she could see Black culture was being “obviously exploited”, she had also been “defensive and confused.”

She also shared another instance of cultural appropriation with a photo she took when she was 17 years old. In the picture, she has braided hair and a beanie with the Jamaican flag colours. She had posted the image with paraphrased lyrics to Shaggy’s song “Boombastic”.

“At the time, I honestly did not think that I was doing anything wrong. Growing up as white and privileged allowed me to get that far and not know. Stupid doesn’t even cut it, I was uneducated. I was unread,” she explained.

In the statement, Pugh acknowledges watching high-profile pop culture idols adopt cultures in similar ways, so she did not think it was something wrong.

“Black, Indian, Native American and Asian cultures and religions are constantly used and abused every new shopping season. It’s not wrong to appreciate the beauty of a culture but rebranding them for the sake of a fashion trend and a $ most certainly is.

“I’m truly sorry to all of you that were offended for years or even just recently. I cannot dismiss the actions I bought into years ago, but I believe that we who were blind to such things must acknowledge them and recognise them as our faults. Our ignorance and our white privilege and I apologise profusely that it took this long,” Pugh stated.

READ MORE: On the complex symbolism and mystique of the Aarati