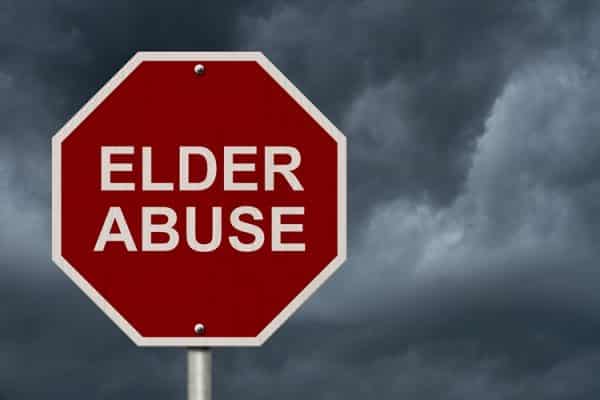 Cases of elderly abuse within the South Asian community are on the rise. However, laws and provisions of the country ensure that every victim has the right to safety and a dignified quality of life, said panelists of a Community Information Forum which took place in Sydney on 4 November to discuss abuse of the aged.
Organised by Bijinder Dugal of AASHA Australia Foundation Limited, the event brought together representatives from multiple law enforcement agencies and helpline services working to help the elderly community in NSW. Held at the Pennant Hills Community Centre, the programme drew participants from all age groups, and from many suburbs of the city.

Dugal works to facilitate aged care services and raise cultural awareness with NSW health providers for the Indian and sub-continental community.  She kickstarted the discussion by stressing on awareness for fighting abuse. “When moving into a new place or country, it is especially critical to know whom to approach, and the way to do it,” she said.

The panel included officials of the Centrelink Financial Information Service, NSW Police, solicitors working with the Seniors Rights Service and those deputed at the Elder Abuse Helpline and Resource Unit. Facilitated by Diana Bernard of the Seniors Rights Services, the panelists discussed real cases of elderly abuse to inform and educate the audience about the types of abuse, and the aid possible in such cases.
The speakers urged the gathering, which included many senior citizens, to speak up and report abuse of the elderly happening in their knowledge. Abuse can be of multiple forms, but the elderly, or anyone on their behalf, can fight for their rights by confidentially approaching any of the multiple agencies working for their welfare, the panelists said.

Elaborating on the changing trend, Christine Mattey, a senior consultant at the Elder Abuse Helpline and Resource Unit said, “Abuse happens in every community and culture. About 15% of those calling in at our helpline speak a language other than English. Cases of psychological and financial abuse top the list of reported crimes.”
In our community, particularly, parents want to help their children, sometimes at the cost of their own interest and financial independence, said Nalika Padmasena, a solicitor with the Senior Rights Service. “In our communities, we rely a lot on trust. It’s not very common among South Asians to enter into legal family agreements or financial arrangements, but these need to be done. In case of abuse, the legal framework can step in to not only ensure the safety of the elderly and a place for them to stay, but also move a caveat to protect their rights,” she said.

Mehrdad Khoshab, Centrelink’s Financial Information Services Officer, too informed the audience about the range of social services to which the government agency can refer elderly victims of abuse. “Before parting with their life’s earnings or savings, the elderly must consult our office and we will guide them with legal and safe ways to do it, which will safeguard their interest too,” he said.
Dr Proful Valanju of AASHA Australia Foundation urged the elderly to seek out friends, and those with similar interests. “With age, health and its management becomes a complex mosaic of several issues. Some show signs of dementia. People believe bringing such family matters out in the open will damage reputation. But, in reality, it’s a disease and should be treated, rather than sweeping it under the carpet. On the contrary, allowing the elderly to engage with others of their age at community gatherings and social hubs, such as those organised regularly by our foundation, can help them avoid the devastating effects of isolation,” he said.

Every police station has a domestic violence officer, said senior constable Jason Roughley, who is a vulnerable community support officer at The Hills LAC. “We are in touch with a lot of shelter homes, some of which even take in the pets of the elderly. The police are empowered to take action even on a third-party tip-off, or where we suspect abuse, irrespective of what the victim or the alleged abusers may say,” he said.
Among other dignitaries, the programme was attended by the Consul General of India, B Vanlalvawna, who expressed delight at the opportunity to interact with so many elderly of the Indian community. He reminded the gathering about the facilities extended by the consulate for the elderly, while urging everyone to treat the elders with respect and dignity.
Philip Ruddock, the Mayor of Hornsby, made a brief appearance at the event and reminded the gathering to be informed about the law, rights and entitlements for the elderly in order to prevent ill-treatment and anyone taking undue advantage of the elders.

The event evoked a positive response from the gathering, with many from the audience even approaching the experts with their personal doubts and queries.

What counts as elder abuse?

PSYCHOLOGICAL
Someone threatening to hurt you or damage your belongings
Verbal abuse, belittling or name calling
Being intimidated, humiliated or harassed
Being threatened with eviction or removal to a nursing home
Being stopped from seeing your family or friends
Being denied the right to make your own decisions
FINANCIAL
Your pension or money taken from your bank account
Your belongings sold without permission
Your money or property taken improperly through the misuse of an Enduring Power of Attorney
Being forced to change your Will
Being denied access to, or control of your own funds
NEGLECT
Not allowed to access the services you need
Not having your physical, medical or emotional needs met
PHYSICAL
Slapping, hitting, pushing or restraining
SEXUAL
Someone making unwanted sexual approaches or behaving indecently towards you