What to watch if you’re missing Uni life 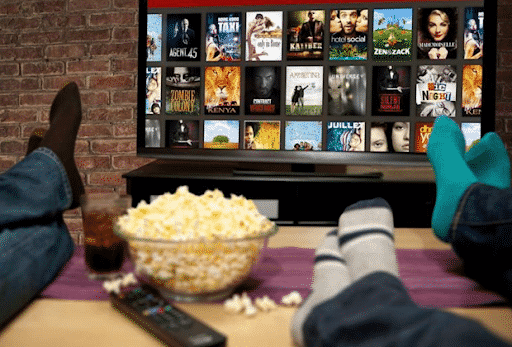 Online classes can’t make up for the fun of campus life? Binge-watch these shows and movies, all set in university. You might find a few old favourites!

Set in the fictitious Cyprus-Rhodes University in Ohio, this American comedy-drama is all about fraternities and sororities. Less about academics and more about social life, Greek introduces us to siblings Rusty and Casey Cartwright in an endearing show about family, love and friendship across four years of university.

With a talented cast of Shahrukh Khan, Sushmita Sen, Zayed Khan and Amrita Rao, Main Hoon Na is a comedy-romance-drama set against the India-Pakistan border conflict. SRK plays an army officer who is undercover as the awkward student at a prestigious college. Its appeal lies in its strong narrative, catchy soundtrack and memorable scenes. After all, who can forget the iconic shot of Sushmita Sen in her red saree?

Before Ronny Chieng became famous as a correspondent for The Daily Show with Trevor Noah, he starred in this Australian comedy series about life as an international student at the University of Melbourne. It’s partly based on his own experiences as a law student there, poking fun at Aussie tropes like chugging beer, auditioning for the comedy revue, and playing Australian football.

Based on Five Point Someone by Chetan Bhagat, 3 Idiots is a Bollywood cult classic. A coming-of-age comedy about the pressures of the Indian education system, the film stars Aamir Khan, Madhavan and Sharman Joshi as stressed-out engineering students. This film evokes the nostalgia of late-night studying, hostel pranks, drinking on rooftops and of course, young love.

A spin-off of TV series Black-ish, Grown-ish is an American sitcom about the Johnson family’s eldest daughter going away to college. With each episode, we’re reminded of the painful awkwardness of making new friends, the stress of deciding a major, and how it isn’t always easy to leave your family at home. Driven by the charming Yara Shahidi, Grown-ish is a funny, feel-good watch.

With a stellar cast, six solid seasons and unabashed references to pop culture, it’s no surprise that this show has developed a cult following. Community is about friendships formed in a study group of seven misfits such as a lawyer with a fake degree, a single mother who wants to start her own business, and a billionaire with nothing better to do.

Student of the Year

In Karan Johar’s signature style, Student of the Year is about young love and romance in a typically Mumbai college setting. Entertaining, beautifully shot and seemingly larger than life, it was the debut film of Alia Bhatt, Sidharth Malhotra and Varun Dhawan back in 2012. Watch Student of the Year for all the things we love most about Bollywood and our college days.

A Night of Knowing Nothing: Indian film nominated for Best Film at APSA 2021