9 dating shows to stream during lockdown 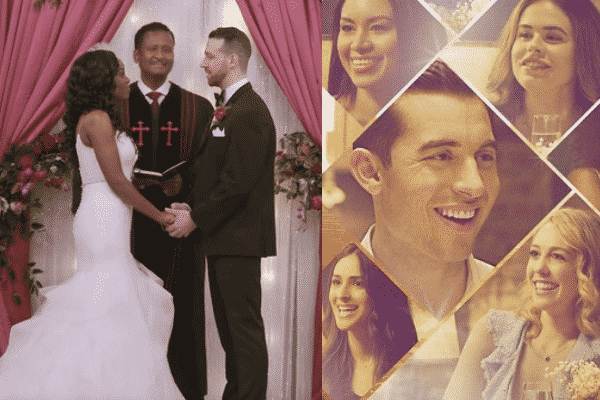 Has lockdown wreaked havoc on your dating life? Or maybe you’re just looking for your next binge watch while stuck indoors? Either way, we’re on it.

Here’s a round-up of the most entertaining relationships and dating shows online right now.

(PS: And since you’ve probably already seen it, don’t worry, it doesn’t include The Bachelor!)

Lesser known of Netflix’s relationship shows, Dating Around is fairly straightforward: enjoy being a fly on the wall as a new protagonist goes on five blind dates every episode, eventually picking one for a second date. Much less in-your-face than most dating shows, it’s a fun activity to watch the chemistry unfold onscreen, with some dates very successful and others… Well, a cringe-worthy disaster you can’t tear your eyes from.

The protagonists come different walks of life, ranging in age, sexuality, and nationality, promising something for every kind of audience. Season 1 also features Gurki, an Indian-American divorcee looking for love. And in case you can’t get enough, Netflix recently launched Dating Around: Brazil too!

An unapologetic guilty pleasure watch, this show is about couples who have applied or received a K-1 visa, granted to the fiancé/ fiancée of an American citizen to enter the USA, with the condition they get married within 90 days of entering the country. Spanning eight seasons, the show looks at intercultural relationships and the problems that can come with it. Many of the couples include those in long-distance relationships meeting for the first time ahead of their wedding.

After watching a season or two, the format can get tiring, but much of the entertainment comes from the ‘will they/won’t they’ dance of suspiciously mismatched couples, and the suspicion that some spouses be in it for the visa. Don’t say we didn’t warn you!

READ ALSO: What do young Indians want from love?

In an attempt to answer the question “is love blind?” 30 men and women are thrown into speed-dates, interacting for 10 days through “pods” where they can hear, but not see, each other. At the end of the experiment, the couples must be engaged to meet in person – and by the end of the month, must decide at the altar if they want to go through with the wedding.

Season 1 is loud and dramatic, at times exasperating, but always entertaining. And in case you were wondering, they even released an ‘after the altar’ special last week that checked up on the couples two years later. What are you waiting for?

Paired by relationship experts, couples meet for the first time at the altar in Married at First Sight and agree to get ‘married’ in an unofficial commitment ceremony (to comply with the Australian Marriage Act 1961). They embark on a honeymoon to get to know each other and return to live together as a married couple for eight weeks. At the end of the experiment, they must decide – do they get a divorce or stay married?

The show is not without its critics, especially those seeking more diversity and representation, and while there are some couples you will love to hate, others win you over quietly. Why not give the show a shot?

Back With The Ex (Netflix)

As the name suggests, this Aussie dating show is about revisiting old relationships that didn’t work out. The couples are brought together in a fancy hotel suite and given three weeks to date and possibly rekindle the magic. Having broken up years ago, some due to circumstance and others due to disagreements, the couples come from many walks of life. How many will decide to get together in the end? You’ll have to watch to find out.

Part of an international franchise, Love Island Australia puts together a group of single contestants in a luxury villa isolated from the outside world. They’re encouraged to pair up, whether romantic or otherwise, to avoid being eliminated from the competition. It’s got all the things we hate to love about reality TV – drama, excitement, and of course, public voting to determine who stays on.

Are You The One? (Netflix)

Paired by a matchmaking algorithm, a group of singles join the dating show to possibly win $1 million if they end up with their perfect match. The catch? They’re not told who their ‘perfect match’ is. Through a series of dates and tests, the household must make their choices to determine 10 perfect matches within 10 tries – or leave the competition with nothing at all. In an interesting twist early in the first season, one couple falls head over heels for each other but learns they’re not a perfect match on paper. What happens then?

Have you had enough of blind dating shows yet? If not, British show Sexy Beasts is added to the line-up. Young singles come to dates wearing make-up and prosthetics, thus taking looks and physical appearance out of the appearance. It’s wacky, ridiculous, at times boring, and often times surprising (especially during the unveiling of the masks when the singletons get to match voices and personality to a voice) – why not give it a shot?

Featuring Australian filmmaker Tim Noonan and TV journalist PJ Madam, Extreme Engagement is about the engaged couple’s year-long trip learning about marriage customs and cultures around the world, before they decide if they want to go through with their wedding. An entertaining limited series, the show will appeal to those who enjoy watching Discovery Channel or National Geography to learn about customs from countries like Cameroon, Mongolia, and Papua New Guinea.

Be warned, though, that the couple’s moments of insensitivity around cultures they don’t understand can get to be annoying. If you’re short on patience, this isn’t the one for you!

Vir Srinivas, 20, wins at Cannes with debut film Orders From Above