6 Indian films and series to watch in June 2021 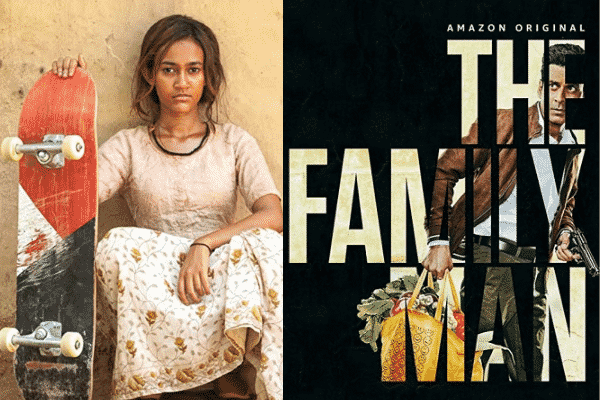 The second season of Amazon Prime Video’s most viewed web series from India has finally released. It was originally supposed to release in February, but Amazon Prime’s legal troubles after the release of Tandav meant that The Family Man had to be pushed back.

The series stars the talented Manoj Bajpayee as middle-class man Srikant Tiwari who secretly works for the National Investigation Agency.  The cast is rounded off by Sharib Hashmi, Priyamani, Sharad Kelkar, and Shreya Dhanwanthary, and Samantha Akkineni.

Presenting India’s first film on skateboarding! In her directorial debut, Manjari Makijany shares the story of a teenage girl from a Rajasthani village who is introduced to skateboarding by a thirty-something British-Indian visitor. Does she have what it takes to make it to the international championships? Watch to find out.

Skater Girl is all set to release on 11 June.

Comedian Sunil Grover (Gutthi and Dr Mashoor Gulati on The Kapil Sharma Show) makes his debut in this dark comedy series. When a member of Sunflower society is found dead, the police must interrogate the society’s quirky neighbours, a motley crew of characters played by Ranvir Shorey, Girish Kulkarni, and Ashish Vidyarthi, among others.

You can catch Sunflower on 11 June.

Dhanush is back on our screens with this action thriller about a nomadic gangster who must taken down a rival crime lord in London. Jagame Thandhiram has been considered one of the most anticipated Tamil releases of the year, and includes a star cast of Aishwarya Lekshmi and James Costmo (of Game of Thrones, Wonder Woman, Braveheart fame).

The film releases on 18 June.

After winning over hearts, and critics, playing Shakuntala Devi last year, Vidya Balan returns to place an IFS (Indian Forest Service) officer who tries to solve a village’s tiger problem. It includes Neeraj Kabi, Vijay Raaz (Gully Boy, Made in Heaven) and Ila Arun. The film has been directed by Amit Masurkar, who previously brought us the hugely-successful Newton (2017).

Are you ready for Satyajit Ray classics to be adapted to the big screen? In this thriller anthology series, the auteur’s classic short stories, ranging from a satire to a psychology thriller, are essayed by an ensemble cast of Manoj Bajpayee, Kay Kay Menon, and Harsh Varrdhan Kapoor, to name a few.

Get the popcorn ready for when Ray releases on 25 June.