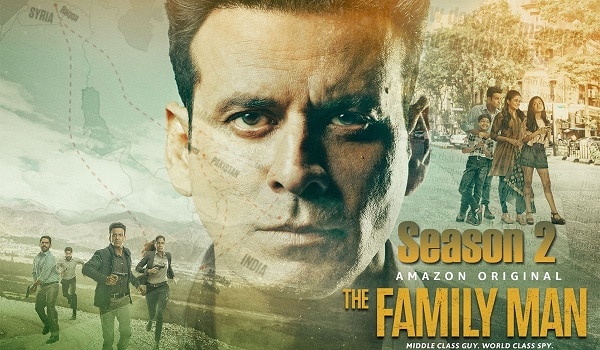 Reading Time: 3 minutesSeason two of Raj and DK’s much-hyped spy thriller series The Family Man 2 starts with a bang and ends with a bang (literally, in both cases), and also creates scope to leave a teaser about Season 3. Most of what goes on in between, over nine episodes, is guaranteed to give you bigger and sleeker entertainment than the first time around, though it may not necessarily seem as original.

Created by: Raj and DK 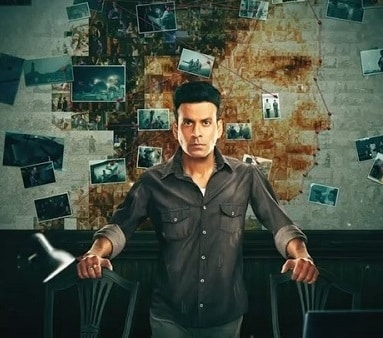 As the season opens, Manoj Bajpayee’s Shrikant Tiwari has quit his job as a special agent and taken up a nine-to-five occupation. He is struggling at the workplace more than he did with guns and gore, while dealing with a much-younger manager who is ever ready to unleash pep talk on the importance of not ending up the “minimum guy” in office.

Series creators Raj and DK have used politics as an undercurrent in The Family Man 2, as the base for taut suspense. The screenplay sets up the portrait of Sri Lanka’s civil war spilling into India, as the country’s premier tells the Indian PM (Seema Biswas) that Subramanium Panivel (Srikrishna Dayal), “a wanted man of our country”, is not only hiding in Chennai but also rallying support for elections. He adds that France and the UK are considering giving official recognition to Lanka’s Tamil ‘government’, which operates in ‘exile’ from London.

For the Lankan head of state, crushing the rebellion is a matter of pride. For the Indian PM, this seems like a good chance to keep Sri Lanka from signing a pact with China that would give the latter a strategic control over Indian Ocean.

That backdrop is set crisply in the early half of Episode One, setting the stage for pulsating action. Shrikant, saddled by his self-imposed corporate exile, would seem far removed from such matters of national importance anymore. Yet, he is forced to pick up the gun for the country again, as Tamil rebels find an ally in certain foes that he had made in Season One. Worse, this time, the safety of a close one is at stake.

More than an original script, Raj and DK have scored with stylish storytelling that keeps you on edge. The show is predictable, and yet it is amusing how the episodes keep you hooked all through. Fine acting from the entire cast – notably Bajpayee and Samantha Akkineni as the arch antagonist Raji – is an asset, as a solid technical crew bring alive some well-canned action sequences and suspense.

The Family Man 2 is binge therapy for OTT addicts, more so in the time of lockdown.