Abhishek Bachchan starrer The Big Bull might as well have been called ‘The Big Bore’, writes VINAYAK CHAKRAVORTY 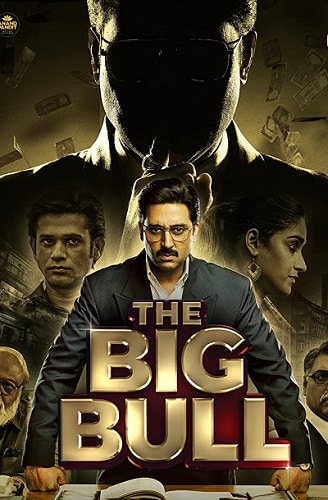 Forget comparisons. Even if you willingly dismiss the idea of sizing up The Big Bull against Scam 1992: The Harshad Mehta Story, Abhishek Bachchan’s new film is a washout from the word go.

The comparison crops up because this film, like Hansal Mehta’s impeccable series Scam 1992, borrows plot inspiration from the securities scam of 1992 and the life of late tainted stockbroker Harshad Mehta. However, while Hansal Mehta’s series crafted a smart, well-documented thriller out of an intriguing tale of true crime, Kookie Gulati’s version seems interested in little else beyond setting up standard Bollywood melodrama. 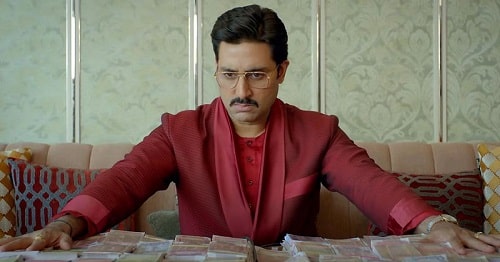 The problem could be the compulsion of staying within mainstream format, for the sake of the film’s tone and commercial cast. It could be that casting Abhishek Bachchan as Hemant Shah (based on Harshad Mehta) was all about trying to create a new-generation antihero of sorts; the slant at trying to understand the mind of a criminal, and also the circumstances that may give rise to the criminal mindset, is all too apparent here. It seems almost as if Gulati was out to create a Dalal Street version of the fictional Deewar antihero from all those decades ago.

It doesn’t work because the idea of portraying the lawbreaker as a common man beaten down by circumstances doesn’t sound romantic enough anymore. In any case, Gulati and co-writer Arjun Dhawan are no Yash Chopra.

The Big Bull tries to cover in a runtime of around two and half hours what Scam 1992 did over 10 episodes, and that is definitely a drawback. The narrative of the film has to speed past a lot of familiar incidents without creating impact. Highlight moments of the story lose significance owing to such a storytelling approach.

You know the gist. Gulati and Dhawan’s story retains the familiar nineties set-up, although names of all players have been changed. Hemant and his brother Viren Shah (Sohum Shah) go about manipulating loopholes in the banking system to rake in the cash, even as journalist Meera Rao (Ileana D’Cruz), based on Sucheta Dalal, sets out to uncover the truth.

The film does not acknowledge any specific source material for the script. Rather, the story makes many departures from what is conventionally accepted as truth in this particular case, beyond the broad outline that the protagonist here was a stockbroker who engaged in financial scams over a period 10 years, in the eighties and the early nineties.

This is a work of fiction, they would perhaps tell you in defence. A commentative subtext the film tries highlighting – about India’s development in the first four decades since Independence – would also seem like a part of the fictional narrative. Anyway, The Big Bull would hardly seem like a film whose socio-political commentary you’d want to take seriously.

If the film suffers from weak characterisation and storytelling, the effect is only worsened by tacky dialogues (Ritesh Shah) and erratic editing (Dharmendra Sharma). A random love song thrown in doesn’t help.

The screenplay was obviously meant to give Abhishek Bachchan an author-backed platform to excel in. His otherwise adequate performance is marred by a needless character quirk the writers chose to give him – Abhishek is done in by a trademark manic laugh that irks more than leave a sinister impact.

You wouldn’t expect otherwise, of course, from a film that turns an intriguing slice of reality into a big load of bull and little else.