The film's strong idea is overshadowed by its own storytelling, writes VINAYAK CHAKRAVORTY. 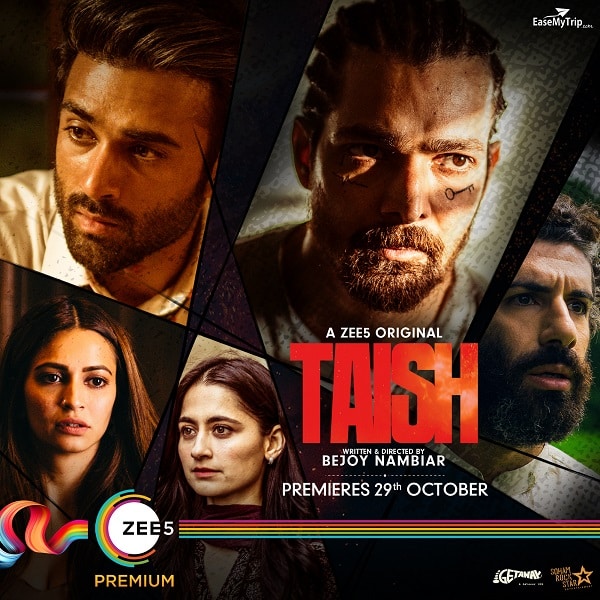 Taish banks on a very basic formula of honour and revenge that even the most commercial of Bollywood makers stopped peddling a while back, though Bejoy Nambiar serves it with polish. For some novelty, you get a choice in formats — you could watch Taish as a six-episode series, or as a feature film. Nambiar and co-screenwriters (Anjali Nair, Kartik R. Iyer and Nicola Louise Taylor) also adopt a non-linear approach in storytelling, which makes the narrative seem more interesting than it actually is.

That the operative mood is of murderous rage is established in the opening sequence, with a bloody showdown that unfolds in London between young Sunny (Pulkit Samrat) and the gangster Kuljinder (Abhimanyu Singh). The encounter leaves Kuljinder in a vegetative state, and soon the gangster’s younger brother Paali (Harshvardhan Rane) and gang are baying for Sunny’s blood.

Things get complicated because Sunny is in town to attend a wedding. Krish (Ankur Rathee), the younger scion of the affluent Kalra family, is getting married to Mahi (Zoa Morani), and Sunny is like family. All hell breaks loose when Pali and gang arrive at the venue and declare they will find and nail the assailant, or ensure no wedding takes place.

The narrative moves into flashbacks to trace the reason for Sunny’s violence, and also sums up the plot. Nambiar is subtle in the way he introduces important characters — Krish’s elder brother Rohan (Jim Sarbh) or Rohan’s Pakistani finacee Aarfa (Kriti Kharbanda), for instance — as well as vital plot spins. The idea is meant to render a slowburn treatment to the episodes.

Yet, for all its visual and cinematic treatment, Taish lacks an innate ability to connect. There is a fiery idea, there are the characters that struggle with demons of the past even as they wage a tooth-and-nail fight to finish — yet these protagonists fail to reach out and connect. You don’t feel for them or their misery, for the simple reason their emotional dilemmas are not altogether original, or convincing.

As the story moves into its last episode, several situations that unfold surprisingly seem forced. It’s almost as if Nambiar and team were in a rush to wrap up their tale with a sleekly executed chase sequence and some filmi melodrama.

A major hitch for many will be the elaborate use of Punjabi dialogues. Pali and the gangsters’ family and friends hail from a Punjabi background and, for the sake of authenticity, Nambiar lets them converse in Punjabi. The resultant long stretches of conversation could make you feel like you have logged into a Punjabi gangster movie without subtitles.

The show hinges on Pulkit Samrat, Harshvardhan Rane and Jim Sarbh, and the male leads make most of interesting characters that the big screen hardly accords. Kriti Kharbanda as Aarfa and Sanjeeda Shaikh as Jahaan are primarily in the story as romantic interests, but the script does offer them the stray moments where they play a part in moving the story forward.

Along with the lead cast, the writers of Taish are adequate in the way they imagine even the minor players in the story. Saurabh Sachdeva as Pali’s sidekick Sukhi and Zoa Morani as Mahi deserve mention. Nineties starlet Kunika makes a pleasant appearance in a small role.

Taish hawks familiar vibes of vengeance. It has a strong idea overshadowed by storytelling that fails to connect. The cast is brilliant in the way it brings alive the characters, and yet they go through contrived situations to simply carry the story forward. You have some superb songs, yet strangely these only serve to slow down the storytelling pace. Taish is a labour of ironies.

- Advertisement -
Share
WhatsApp
Facebook
Twitter
Linkedin
Previous articleChildren may need to be vaccinated against COVID-19 too. Here’s what we need to consider
Next articleMumbai siblings’ platform celebrates women in STEM