Netflix’s newest documentary tries to uncover the secret sauce behind the undeniable success of Indian-Americans kids at the Scripps National Spelling Bee. 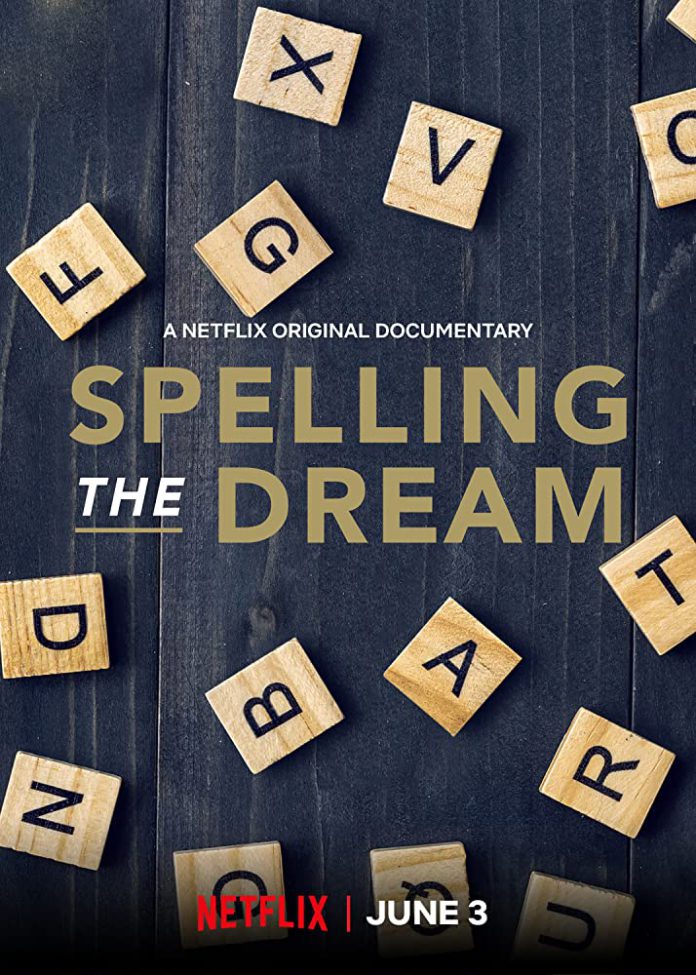 Indian-Americans have always had to deal with a lot of stereotypes, but there’s one aspect they’ve taken pride in: being smart. In this documentary on the Scripps National Spelling Bee, director Sam Rega tries to answer the question on everyone’s mind. What is the secret behind their twelve-year streak at the prestigious event?

Spelling the Dream begins with the 2019 finals and its unprecedented eight-way tie. Almost immediately, you feel invested in the competition, holding onto every letter as they tackle words like ‘auslaut’ and ‘pendeloque’. It’s hard not to notice that seven of the eight kids are of Indian-origin. It’s even tougher to forget they’re all under fourteen.

So, are these kids just geniuses? Rega considers this aspect by getting in touch with four spelling hopefuls on their journeys to the 2017 National Bee. Ashrita Gandhari is sweet yet restrained while Tejas Muthusamy is visibly stressed at his last shot at victory. Shourav Dasari emotes a quiet confidence that borders on cocky, characterised by his Nike hoodie and side smirk on occasion.

The most entertaining kid of all is young Akash Vukoti, the first ever first-grader to compete at the national level. “The word is 45 letters, okay? So don’t be surprised by this!” he tells the camera before going on to spell ‘pneumonoultramicroscopicsilicovolcanoconiosis’ just for practice.

We’re given a private look at how each contestant prepares for the big event, and Shourav’s family even reveals their secret database of practice words. Rega uses these interviews to make it clear that spelling bees, as trivial as they seem, take years of preparation. In fact, each family member has a part in the process. Thankfully Rega achieves this message without evoking the Asian ‘tiger family’ stereotype.

Familiar Indian-American faces like CNN’s Sanjay Gupta, ESPN’s Kevin Negandhi, and comedian Hari Kondabolu weigh in on this unique phenomenon. Is it genetic? The result of hard work? Or a cultural disposition to learn multiple languages?

“Often, when you have something like that in a community where people can imagine the success, it’s tangible and not abstract, they go for it,” suggests author Fareed Zakaria in a thought-provoking segment.

Spelling the Dream chases many avenues in trying to answer its fundamental question. While it spreads itself thin in its 82-minute runtime, it’s hard to deny the sweet, emotional appeal in how much this winning streak means to the Indian-American community.

By competing in the National Bee, even nerdy kids can brag about featuring on ESPN. They make ‘being smart’ seem just as cool as scoring a slam dunk.

Back in 2002, Academy Award-nominated documentary Spellbound also followed the journeys of eight hopefuls (including eventual winner, Indian-American Nupur Lala). However, Rega’s work shines in its contextualisation of this winning streak in today’s political climate.

“When you have an activity that’s so explicitly branded as a quintessentially American contest, the idea of who gets to be named as an American and who is considered a legitimate champion in that arena is really coded still by whiteness,” explains anthropologist Shalini Shankar. These nuggets of wisdom, every-so-often, truly elevate the documentary.

Spelling the Dream may seem longer than necessary, but it does well in highlighting Indian-Americans chasing the American dream. Give it a shot for its insightful commentary blended with humour. Stay for the nail-biting tension of seeing which competitor eventually wins the 2017 Scripps National Spelling Bee.