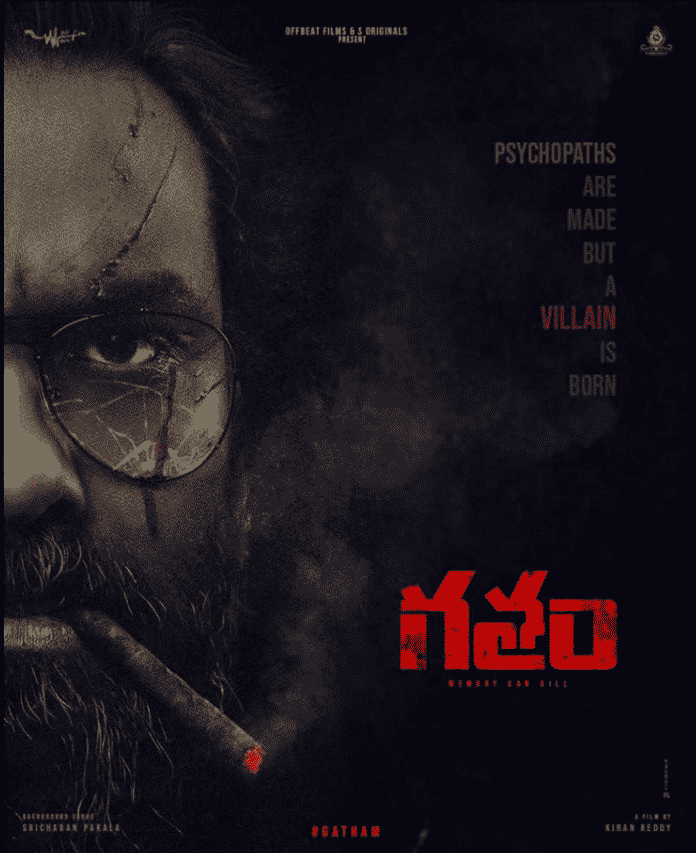 Telegu film Gatham starts off looking like a basic psycho thriller. A young couple is stranded in the middle of snowed-out nowhere when their car breaks down on a highway. A stranger stops, says he lives nearby and offers them shelter for the night. Once at his place, the couple realises all is not quite normal about the stranger or his cabin in the woods. Unfortunately, writer-director Kiran’s narrative build-up seems cliched in its effort to create the creepy atmospherics, to the point of being cheesy.

That is also where the spin about the storytelling lies. The cheesy approach is deliberate, you gradually realise, to maximise the impact of what’s in store post interval.

Gatham tells a deceptive story. It is difficult to discuss storytelling merits or drawbacks without giving away spoilers, though we could stick to what the narrative shows in the build-up stage.

The stranded young couple is not on a happy jaunt down the highway. The guy Rishi (Rakesh Galebhe) has lost his memory in an accident, and his girlfriend (Poojitha Kuraparthi) is driving the couple to meet his father. Rishi is prone to twisted, at times gory, nightmares. The stranger (Bhargava Poludasu) doesn’t live alone, it turns out, but with a younger man he introduces as his son. The son, it is evident right away, is a pervert.

These are plot points dropped gradually in the early hour, to give hints about what is actually happening. Essentially, the story reveals just that many plot points early on, as is needed to tease the audience into guessing whether Rishi and his girlfriend are indeed in peril.

In form and appearance, Gatham tries to be like a polished Hollywood thriller, though it ends up looking like a Hollywood thriller of the nineties. The idea must have seemed brilliant conceptually, but writer-director Kiran and team could have done a better job translating it into the language of cinema. For, once you get a hang of the smart storytelling style, you start realising there is actually very little original content in this script.

Yet, that too wouldn’t matter if there were no loopholes in the narrative. Gatham is based on a short film the director made a while back, and in trying to stretch the concept to a full-length feature format, flaws get introduced.

For instance, the location is a scenic backwater of the United States and yet random Indian characters pop up everywhere. More bizarre, all of them are fluent in Telugu. The foreigners in the story — especially the women — play out certain stereotypes that Indian cinema cannot seem to shake off even after all these decades. One fails to understand the need to base the storyline of an Indian film in the US for no reason, when it could as easily have been set up against an Indian backdrop (one felt the same way watching Nishabdham a few weeks ago).

But there is an urge to create and entertain with something unconventional, which redeems Gatham. The film is backed by some IT professionals in the United States and involves mostly greenhorn cast and crew, and you spot the sort of sincerity only newcomers reveal. The cast overall is far from convincing, but then that has hardly ever been a drawback for a film that mixes well its kills and chills.