A comedy contest, this show promises plenty of laughs over multiple comedy formats 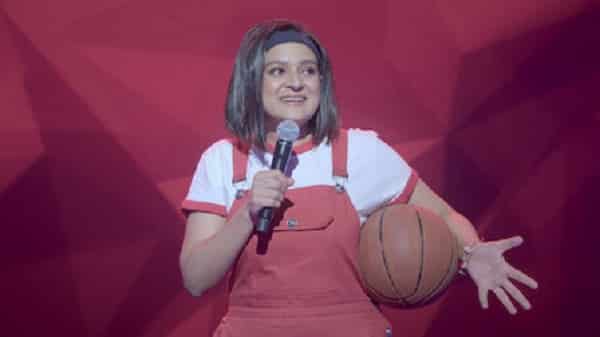 There have been several comedy competitions across different platforms before, and the latest is Comedy Premium League on Netflix, which started streaming from August 20. The first season consists of six episodes averaging about 45 minutes each, presenting a diverse swathe of comedic talent in a form that is far more concise and bingeable.

Honesty runs through the spoken lines of the show, even if they are blatantly obtuse, crude or obnoxious to hear. Prajakta Koli, the host of the show, begins with, “We bring you India’s 16 biggest comics – at least those who were available.”

After introducing the 16 comedians, who are divided into four teams – Lovable Langoors, Naazuk Nevle, Gharelu Gilehris and IDGAF (I don’t give a F***) Iguanas – the contest certainly promises hundreds of jokes over multiple comedy formats, which include Stand-up, Roast, Tu Tu Main Main (a comedy debate round), In Slide (jokes like ‘sketch comedy’, where the comedian can show anything on the screen presented like news items). 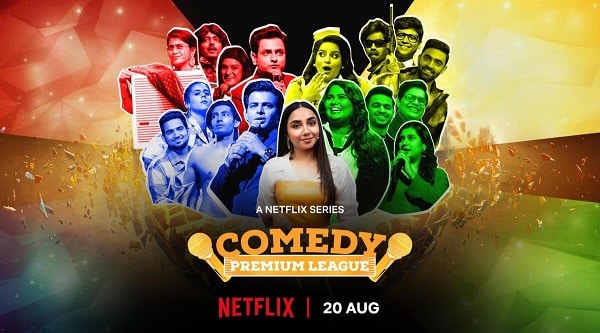 Each round is marked for performance and participation within a specific time period. If the team crosses the allotted time, it loses its participation points. Tough, when most of the comics have a loose tongue, literally as well as figuratively, trying as they do to balance the topical with the timeless.

The rounds are interesting, and the participants appear charged, but they lack competitive spirit.

The lines spoken during the rounds appear to have a message or a thought which the common man usually shies away from, and the jokes, though original, vary in degrees as and when they hit the laugh-o-meter. Each round appears a bit drab, but the fun is in the extempore banter between the participants – it livens up the show.

One of the indications that makes this season worth experiencing in full is that the assembled audience, which is there to evaluate the teams, isn’t there to give laughs unconditionally. Keeping with the pandemic norms, the audience, with masks on, dole out muffled laughter and they evaluate the teams after every round.

The best thing about the series is that it lets the comics explore a wide range, from team work to solo performances. And there are times when you are left with the feeling that you could probably see a few more minutes of your favourite comedian, be it Tanmay Bhat with his attitude, Mallika Dua with her plunging neckline, or a shirtless Aadar Malik. They are all there in real.

After all, comedy is a serious affair, and the business of being funny is not a dismissive matter.

READ ALSO: The serious business that is comedy