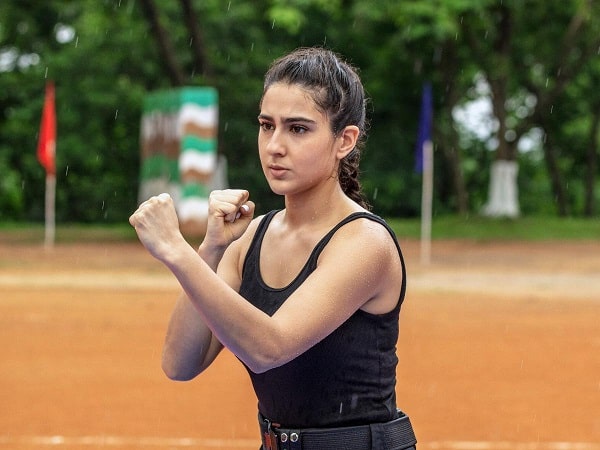 Reading Time: 2 minutesFor a non-fiction film that documents a few days in the life of India’s female commandos, Mission Frontline with Sara Ali Khan is a tad disappointing.

Without any fuss, we are transported to the Veerangana Camp of the Assam Commando Battalion, where Sara Ali Khan, with all her exuberance, offers us an insight into this prestigious institution.

The historical part of the film informs us that this camp was set up in 2012 as part of the Assam Police Force to fight crime against women. Here, the commandos are trained to be physically fit and mentally strong.

This is achieved with the help of a rigorous training regime consisting of rifle firing, artificial rock climbing, Krav Maga (an Israeli military self-defence form), and unarmed combat, which includes martial art forms such as karate, kung fu, taekwondo, judo and jiujitsu.

We see Sara enthusiastically participating in all the activities, from rifle shooting to 40-foot wall climbing and rappelling. She also tries her hand at unarmed combat and completes a mission assignment, where she, along with a team of commandos, raids a make-believe hideout where some girls are held as hostages by their kidnappers. The team’s mission is to neutralise the kidnappers and free the hostages. 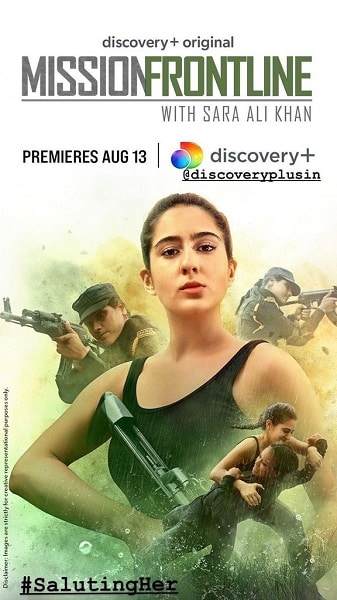 Given the background from where the girls come, their selection and being a part of the contingent, it surely is a remarkable feat. The manner in which the narrative flows, however, it appears not much thought has been put into it. The entire set-up seems to have been amateurishly mounted.

Used to upping the glamour-quotient to attract eyeballs, Sara Ali Khan is her usual effervescent self. Natural in her disposition, her simplicity and honesty surfaces effortlessly each time the camera focuses on her.

She makes no bones about the fact that she is unable to carry out the tough tasks the commandos perform all the time. All the other talking heads are unimpressive and the sob stories of the two women commandos in the film fail to evoke any pathos.

Director of Photography Sapan Narula’s cache seemed to lack enough footage, given that a few shots are repeated. The editing, too, is far from fluid. The subtitles in white fonts merge with the bright frames, making it difficult to read.

Coming as it does from the discovery+ stable, one expects the film to be taut, well-made and well-presented. With its sloppy direction, the film is a far cry from it and fails to inspire.

READ ALSO: What’s coming up on our screens this August