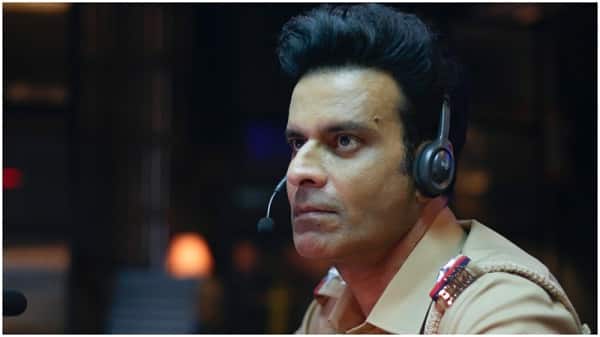 Reading Time: 2 minutesThe name ‘Dial 100’ conjures up an image of a nail-biting crime thriller, but director Rensil D’Silva’s version is a far cry from it.

Formulaically designed by blending the genre tropes of revenge drama and police crime thriller, the film fails to please patrons of either.

The film takes you directly into the Police Emergency Response and Surveillance Control and Command Centre where the dialled ‘100’ numbers are answered by cops. One of such calls is directed to Senior Police Inspector Nikhil Sood (Manoj Bajpayee), who initially thinks the caller, a woman, is on the verge of a committing suicide mission. He tries to pacify her, but the caller seems like a slippery eel. She disconnects the line.

Not leaving anything to chance, Nikhil instructs his colleagues to trace the call. His subordinate informs him that the woman had specifically asked for him and, as the mystery begins to unravel, Nikhil is amused.

Once the creaky setup comprising the complexities of a wayward son involved in drugs is established, the big moment comes 33 minutes after the film begins. This happens when the caller, Seema Palav (Neena Gupta), lands up at Nikhil’s home and kidnaps his wife Prerna (Sakshi Tanwar). This delay dilutes the impact. 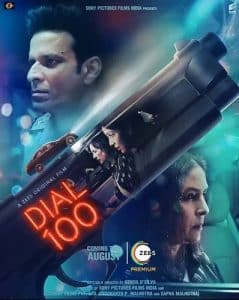 Nikhil realises that terror has struck his domestic front and it is his personal battle from now on. The plot is thereafter reduced to a bland revenge drama with a conventionally linear, non-messed-up storyline. It is seriously questionable in terms of the conviction of the story and the scenes.

On the performance front, we have often seen Manoj Bajpayee play a police officer, and as Nikhil Sood, he is no different in his portrayal. Neena Gupta, as the revenge-seeking, creepy psychopath mother, is intriguing, but she is short-changed by the script.

Same is the case with Sakshi Tanwar, who plays the concerned mother to her son Dhruv. Nevertheless, both Neena and Sakshi bring out the pathos of distressed mothers with aplomb. They are both naturals and have their moments of on-screen glory.

Svar Kamble as Dhruv is passable, though he seems far from an 18-year-old. Vikram Bham, as his friend and member of the drug mafia, leaves a promising mark.

On the directorial front, the action scenes are few and far between. Strong emotional scenes break the impact of the narrative.

Also, while the film focuses on Nikhil and does full justice to him, some scenes that involve Seema Palav are feebly handled, especially when she is attacking Prerna in her house or when she is using her gun to frighten her victims. These shots appear to be poorly captured and tackily patched into the scene.

Overall, Dial 100 lacks the chutzpah of a taut crime drama.