Take the sloppy with the smooth, suggests VINAYAK CHAKRAVORTY as he reviews this anthology of four films 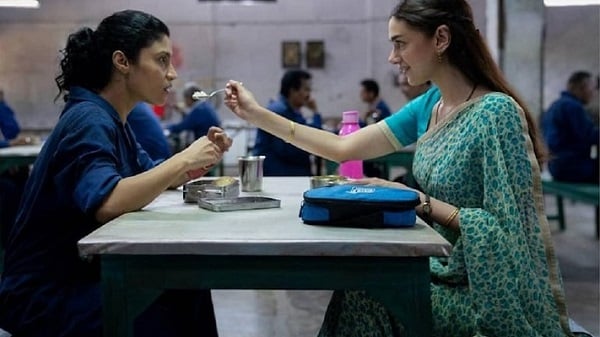 Ajeeb Daastaans is a curious bag indeed, if only for its utterly wicked entertainment quotient, and also because it is a rare film coming out of mainstream Bollywood that looks at love as anything beyond a sacrosanct sentiment.

The anthology explores that crux through four stories, directed by Shashank Khaitan, Raj Mehta, Neeraj Ghaywan and Kayoze Irani. The idea obviously was to explore a common theme through varied lenses, exploiting the creative acumen of four very different minds. 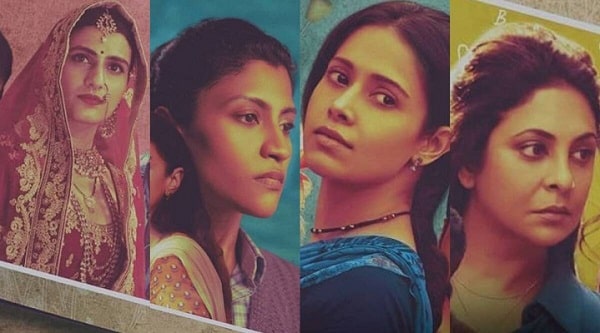 It doesn’t quite end up that way, because the overall impact suffers from a glitch that anthologies often face. Ajeeb Daastaans is erratic in its overall composition and impact. It starts on a tepid note, hits a high with the stories in between, and then plummets in the end. A major challenge for producers of anthologies is maintaining the thread of uniformity through the assorted efforts. Karan Johar, who puts together the film, far from achieves such a likeness. It’s almost as if you were watching four different films at a go.

The first story, writer-director Shashank Khaitan’s Majnu, would seem like the most explosive among the four – on paper, at least. A heartland strongman Babloo (Jaideep Ahlawat) marries Lipakshi (Fatima Sana Shaikh), daughter of a political bigwig, mainly because his father told him to do so. Babloo declares on the first night to his wife that she should not expect love from him. As the wife looks around for love on the sly, the entry of a dashing young man Raj (Armaan Ralhan) in their lives will trigger an unexpected sort of love triangle between man, woman and lover-boy.

Majnu incorporates the expected emotions of amoral love and violence, and also touches upon small-town power games and money laundering. That sort of a combination driving the plot sure makes the segment interesting, aided by some fine acting, but the story fails to scale its promised potential of being an explosive watch.

Khilauna, directed by Raj Mehta  and scripted by Sumit Saxena, banks on discontent fanned by class divide to lead its narrative to a climactic tryst with the macabre. Abhishek Banerjee plays Sushil the neighbourhood presswallah, who loves Meenal (Nushrratt Bharuccha), a domestic help who strives to afford an education for her kid sister Binny (Inayat Verma). Among households where Meenal works is that of the Agarwals, where a child is born. When Meenal tells Sushil how kids in houses as the Agarwals are just toys for the family, and it is actually she who takes care of the infant, Binny overhears. The impact of the casual comment on the little girl’s mind is bizarre, and leads to a catastrophic chain of events. 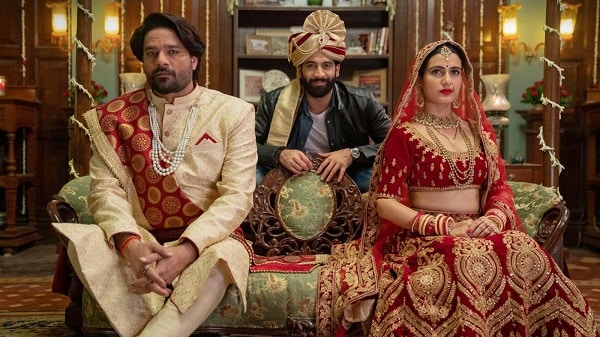 Mehta builds his story at a leisurely pace, almost as if to allow the ending, when it comes in a flash, to impart a sudden impact. The ploy works. Khilauna is unusual and unsettling in its tracking the thought process of a child. The film has fine performances by Abhishek Banerjee and child actor Inayat, though Nushrratt Bharuccha doesn’t quite get into the skin of her role as maidservant Meenal.

Director Neeraj Ghaywan takes on the third story Geeli Pucchi – by far the most accomplished work among the four stories. He brings back the trademark sensitivity of Masaan and Juice, the brilliant short film he made in 2017, to craft two of the most interesting characters in the anthology (full marks to writer Sumit Saxena here), flawlessly executed by Konkona Sensharma and Aditi Rao Hydari.

More than a relationship drama, the story is about caste and gender discrimination, too. Bharati Mondal (Konkona Sensharma), a Dalit machine operator in a factory, knows she is good enough for a more lucrative white-collar job at the workplace, but the just-married Priya Sharma (Aditi Rao Hydari) joins in the position. A disgruntled Bharati quietly accepts the reality, but becomes friends with Priya. Their relationship soon turns into something deeper.

Nuanced storytelling, the short film probes into human psyche as the tale of Bharati and Priya becomes much more than a regular bond, and transforms into a story of how the exploited can also strike back and exploit. This is vintage Ghaywan serving a layered narrative that blends societal complexities of caste and class with the individual cunning of its protagonists.

One fails to understand why Kayoze Irani’s Ankahi was chosen to be the finale of the anthology (maybe, they couldn’t figure out where to wedge it in). By all means the least engaging of the four stories, Ankahi is primarily redeemed by its cast. 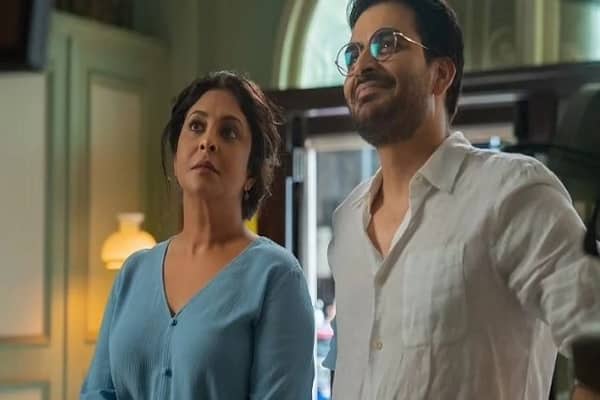 Sumeet Saxena and Uzma Khan’s storyline has very little surprise. Shefali Shah is Natasha, an affluent woman stuck in an unhappy marriage. Her daughter is losing her power of hearing, and her husband Rohan (Tota Roy Chowdhury) seems least bothered. Natasha grows close to a mute and deaf photographer named Kabir (Manav Kaul). The story moves through parallel narratives, tracing her regular heated exchanges at home with Rohan on one hand, and the serene moments she spends with Kabir.

Ankahi is about Natasha finding love in Kabir as a means of escape from her miserable reality at home. Yet, when the decisive turn in the plot arrives right at the end of the story, her emotional reaction simply fails to be in sync with the person she is shown to be all along. The segment could have done with more assured storytelling. You would however, love Manav Kaul and Shefali Shah’s sign language exchanges of amorous little nothings.

Ajeeb Daastaans is far from perfect as an overall production. Individually though, each of the four stories, irrespective of whether they are sloppy or smooth, do stand for a shift in mainstream Bollywood’s cinematic mindset when it explores tales of love.

READ ALSO What else you could be watching in April 2021

- Advertisement -
Share
WhatsApp
Facebook
Twitter
Linkedin
Previous articleImage from India wins Steve Waugh the Wisden Photographer of the Year award
Next articleIndia’s daily COVID infections have surpassed the US and Brazil. Why?